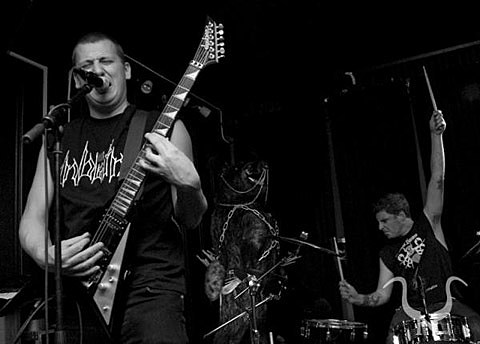 The sound of the Netherlands' Urfaust is completely unmistakable; atmospheric black metal riffs colide with an operatic vocal that is tuneful yet powerful, and completely harrowing. We are proud to announce that Urfaust will hop the pond to bring their darkness on a set of dates with Black Anvil and Krallice, as part of a short BV-sponsored East Coast stint. After beginning on 9/16 at Golden West in Baltimore, NYC gets their date at Union Pool on September 17th. Brooklyn war metal destroyers Ruin Lust (mem Fell Voices) are also on that bill. Tickets are on sale. The trip ends in Philly, but without Krallice on the bill.

The three shows (Baltimore, Brooklyn, and Philadelphia) will be the band's only east coast dates for the forseeable future, and only US shows until they make the trek down to the Alamo to play Rites of Darkness in middle December.

All four bands on the Union Pool bill have recent releases under their belts. Urfaust released Der freiwillige Bettler via Van Records last year to much acclaim, despite its limited availability in the US. Black Anvil released Triumvirate via Relapse last year. Ruin Lust has a new demo that is currently available on CD-R (available at live shows). Krallice's Diotima was released earlier this year and is already garnering tons of year-end buzz. The band also recently released a Orphan covers EP.

All tour dates, the tour flyer, and some video/audio is below. 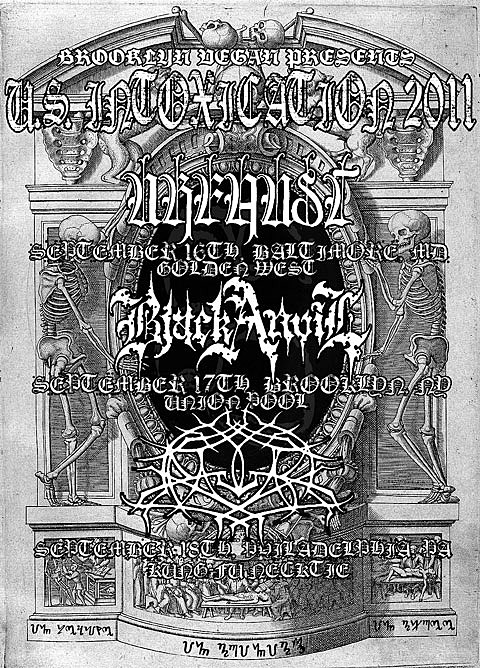