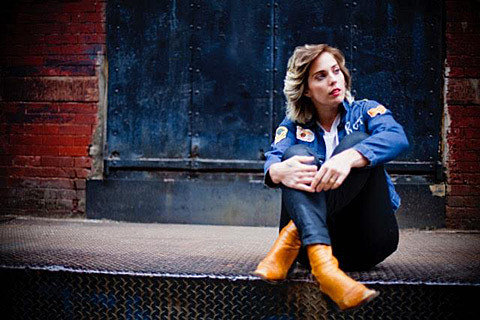 US Girls (the project of Meg Remy) will play Hudson River Rocks on Thursday (8/6) at Pier 84 with Yuck. As mentioned, that show is free and all-ages. With the new album Half Free due out next month via 4AD, US Girls have announced a lot more tour dates. They'll open for both of The Kills' sold-out shows at Brooklyn's Warsaw in September, and in October they'll be out with Peaches for a few shows.

As for Escape-Ism, here's a description of what to expect:

ESCAPE-ISM is a found-sound dream drama. It uses a lot of sound effects records to create a kind of fractured dream narrative, and it's actually inspired by radio programming like sportscasting. Like listening to basketball games, play-by-play radio. It's just inspired by AM radio. Escape-ism is best if you just close your eyes.

All tour dates are listed, along with streams of "Damn That Valley" and "Woman's Work" from the new album, below...