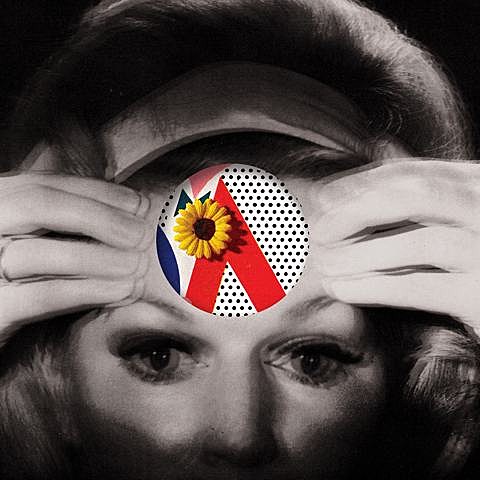 Meg Remy is back with a new U.S. Girls EP titled Free Advice Column, which is out Tuesday (9/24). For this one, she collaborated with Canadian hip hop producer Onakabazien to gently twist her warped girl groups sounds into new territory. Mind you the three tracks still sound like a '60s radio broadcast that have been beamed into space and refracted upon reentry, but a more beat-driven focus makes this pretty compelling. The EP also features a Onakabazien track, "Disco 2012," that features Meg's vocal's. You can stream the whole EP which makes its premiere in this post.

U.S. Girls also has shows coming up, including NYC next week at Death by Audio on September 27 with Onakabazien in tow, as well as Spacin' and DJ sets from frequent tourmate Slim Twig and Pete Swanson. Look for her during CMJ too, playing Panache's CMJ showcase at Knitting Factory on October 16 (tickets) with Yamantaka // Sonic Titan, Jacco Gardner, Saint Rich, ARP, and Slim Twig; and October 17 at Silent Barn with Slim Twig, Home Comfort, Zacht Automaat, and Gem Trails.

All dates are listed, along with the EP stream and the video for its "28 Days," below...