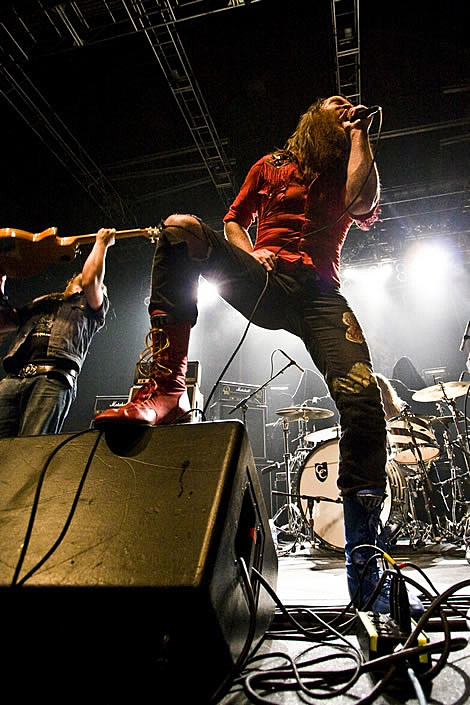 Valient Thorr will make their return to Brooklyn on April 26th at Trash Bar! There are no advanced tickets - $10 gets you in. The show is just one of a gang of shows for the Thorriors, who have been forced to roll solo after Early Man dropped off of their tour:

Unfortunately, due to an arm/back injury that I [ed: vocalist/guitarist Mike Conti] suffered after our last tour, we have had to cancel all of our tour dates this month with Valient Thorr so I can get some much needed rest. We will hit the road again after this month and all summer long in support of our new full length which will come out this summer. -[myspace]

Early Man also revealed the name of their new album, Death Potion, due later this year on their new label The End Records. Their Beware The Circling Fin EP dropped late last year.

Valient Thorr released Immortalizer and the In Heat DVD in 2008.

This isn't the first time that VT and EM have toured (or not toured) together. The pair played Bowery Ballroom together last year (VT pics here, EM pics here).

Full VT tour dates, including a pair with Turbonego and Zeke (!), and videos below..