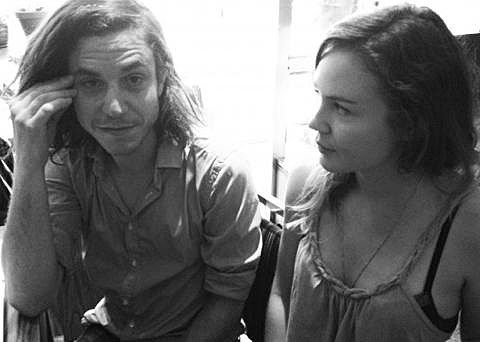 It's been about two years since we last heard from Montreal's Valleys who apparently have had a rethink since then. The band (Matilda Perks and Marc St Louis) have dropped the folky elements of their music but kept the ethereal atmophere, adding layers of analog synths to their sound. Valleys new album will be out early next year on Kanine but NYC folk can hear their new sound next week during CMJ. They'll play the Kanine Records day party on Friday at Cameo (10/19, 6 PM) and then Saturday (10/20) afteroon (1:15 PM) at the Pop Montreal day party which is also at Cameo. So if you can tear yourselves away from one of our day parties at Public Assembly those same days (right down N. 6th St.), do stop by and check them out.

The Kanine showcase also has Beach Day, Bleeding Rainbow, Eternal Summers, Zambri, Moon King and Roommates (featuring mems of Surfer Blood and Pop Etc.). The show is free and open to the public and flyer for the show is below.

The Pop Montreal day party line-up also free and open to the public and features Goose Hut, Mozart's Sister, Blue Hawaii, and Solar Year and the flyer for that show is below too. 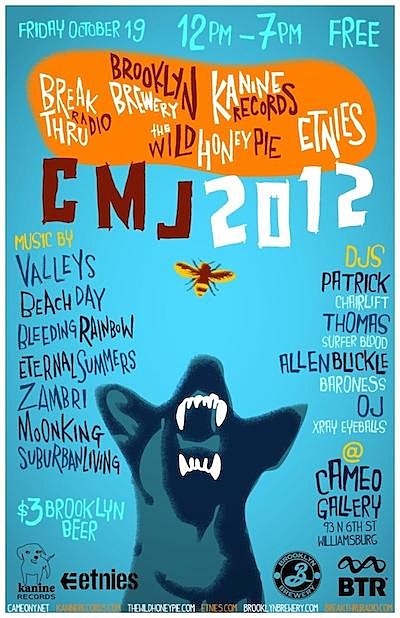 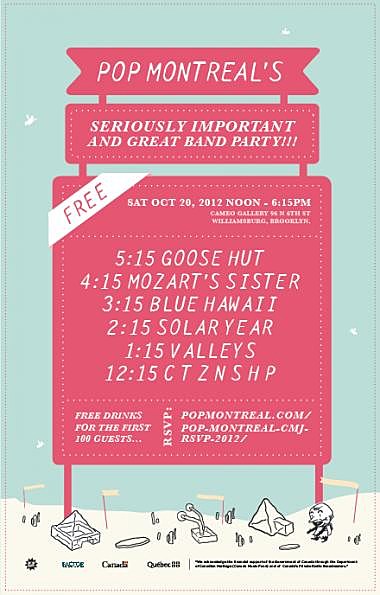