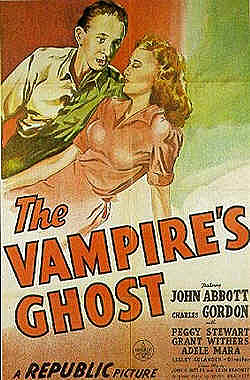 I just wanted to to make the title of this post as scary as possible. Rakim & Brother Ali are both playing with Ghostface Killah at his November 16th show at Nokia Theatre. Tickets are still on sale. Ghostface's next album The Big Doe Rehab will be released by Def Jam on December 4th. Vampire Weekend's self-titled debut album will be released by XL Recordings (Radiohead's home overseas) on January 29th. More Vampire & Ghost tour dates & album news below..... 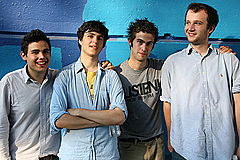 Their self-titled full-length debut will feature 11 songs and will be released in the US on January 29th, 2008 by XL Recordings.

Started by his family, the John Ryan Pike Memorial Foundation is going to begin a lending library of musical instruments that will allowunderprivileged children tobegin playing by borrowing an instrument, or simply provide them access to an instrument that they may have never tried before. The foundation plans to join forces with local high schools and colleges to bring these children together with students who are willing to volunteer music lessons. The long term hope for the foundation is that one day, they will havethe means necessary to create a rehearsal/recording space and ultimately a community where musicians can continue on in the pursuit of John's passion, playing and creating music. 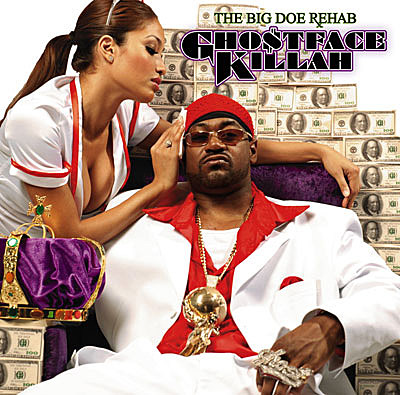 STATEN ISLAND, NY - "When you get a new Ghostface Killah album, the only reasonable reaction is to get lost in it," said the New York Times of Ghost's last full studio album, '06's instant classic Fishscale. And with the December '06 release of More Fish and Ghost's near-constant touring in '07, his legions of fans have been happily lost in the 'World According To Pretty Toney.' Now, with a new Def Jam album - The Big Doe Rehab - set for release on December 4th, his current tour with Rakim, and a coffee-table book set for release on January 8th through MTV Press, the devoted will be positively delirious.

Fishscale, Tony Stark's return to vivid street tales and gripping narratives of the drug trade, was greeted with universal acclaim and topped crtitcs' year-end lists unanimously: Rolling Stone (#5), Blender (#5), and Spin (#4) all anointed the return of the Wu's greatest banger. The Big Doe Rehab finds Ghost and company still in razor-sharp form, weaving a rich, complex tapestry from tales of drugs, violence, paranoia, love, hate and humor over gritty, soulful beats. The lead single "We Celebrate" featuring Kid Capri is a party on wax, with Ghost proclaiming "Tony Starks just won an Oscar, y'all!" and Capri hyping up the crowd over Rare Earth's classic "I Just Want To Celebrate." Elsewhere, Ghost's partner in crime Raekwon shows up on two of the album's standouts "Yolanda's House" and "Shakey Dog Starring Lolita," an epilogue to the Shakey Dog story on Fishscale. On 'White Linen Affair (Tony Awards)," Starks and Theodore associate Shawn Wiggs host through a hilarious, star-studded white linen and "Evian water" affair, complete with the requisite A-list - Janet & Jermaine, Kanye & Keyshia, etc. Ghost truly shines on the album's quieter, darker, more introspective moments, "Walk Around" and "I'll Die For You."

Ghostface's penchant for dropping random pearls of wisdom is notorious. And so MTV Press has collected a volume of 'Toneisms' set for a Jaunary 8th release. Co-written by MTV's J. Brightly and inspired by the popular MTV skits of the same name, The World According To Pretty Toney is the modern hustler's guide to life; Pretty Toney offers nuggets of wisdom on the key elements to becoming your own personal success story: Livin', Hustlin', Love, Nutrition, and the all-encompassing Toneology. Coupled with vibrant 4-color photos by Dave Hill that illustrate each pearl of wisdom, and a companion audio disc, these are indispensable life lessons that will teach hustler's everywhere what to do and what not to do.

Ghostface has also taken those lessons on the road. Presented by Flow TV and Dodge, the HIP HOP LIVE! Tour showcases the hip-hop's top wordsmiths backed by an incredible 10-piece live band. Celebrating the progression and possibilities embraced by Hip-Hop culture, Ghost is joined by the legendary Rakim and underground sensation Brother Ali, bringing the show to life with new songs and infectious renditions of the classics you know and love - each energized by the amazing Rhythm Roots Allstars.