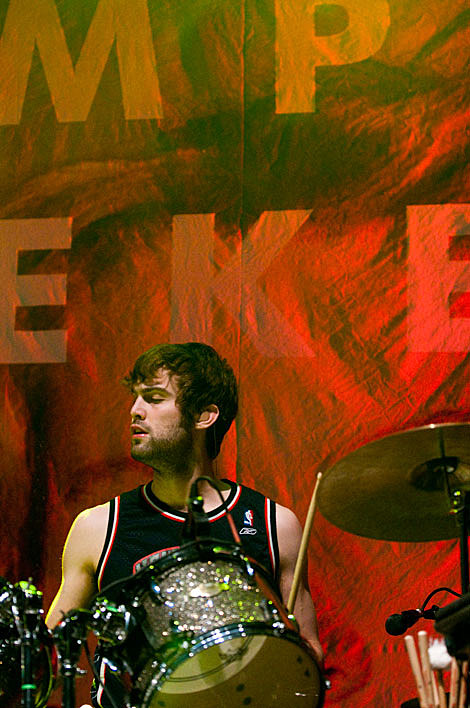 "Drummer Chris Tomson deserves a raise. Or something. Outfitted in a New Jersey Nets jersey and thumping away like a madman all night, Tomson did his best to lend the show some semblance of rock show urgency, veering confidently from Afropop beats to Latin rhythms to reggaeton pop-pop-pops. He essentially picked up his bandmates, slung them over his shoulder and carried them forward as best he could in the direction of a killer live show." [MTV]

Holly Miranda opened for Vampire Weekend at Webster Hall Monday night (1/18). It was the VW's 2nd of 3 NYC shows in a row. The first show was Sunday at United Palace with Titus Andronicus. The last show is tonight (1/19) at Bowery Ballroom with Nat Baldwin (who also plays in Dirty Projectors).

Vampire Weekend are among the artists just-announed to be playing Coachella this year, as are Spoon who just announced a Mercury Lounge show .

More pictures from Webster Hall, including one of the setlist, below... 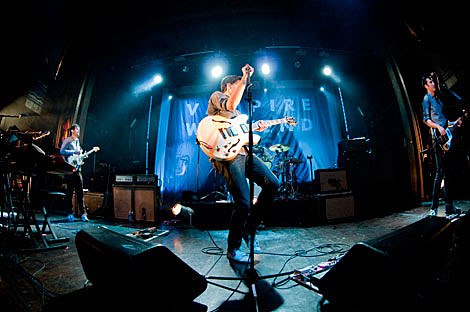 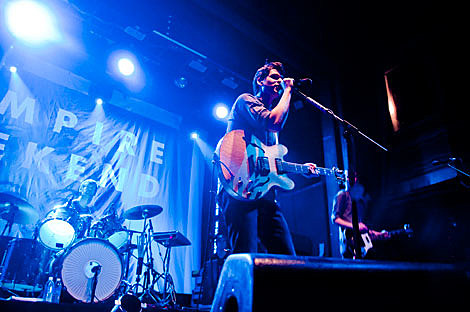 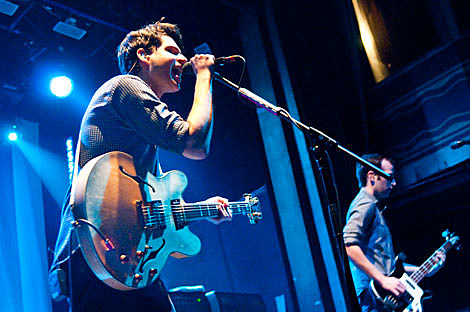 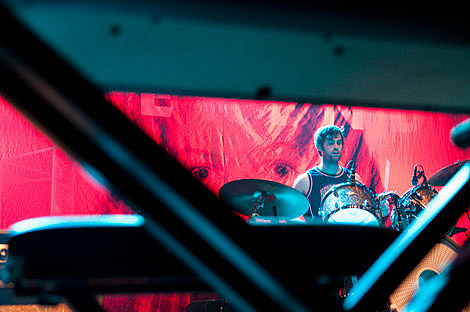 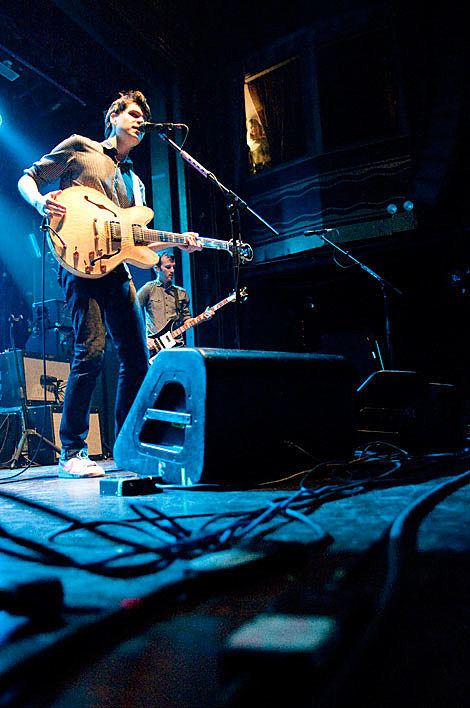 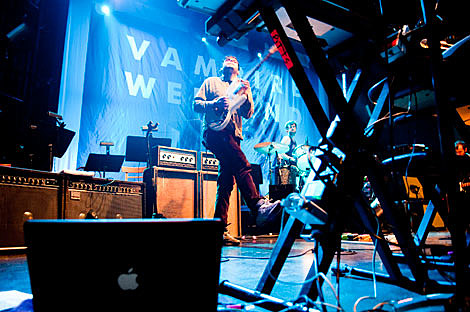 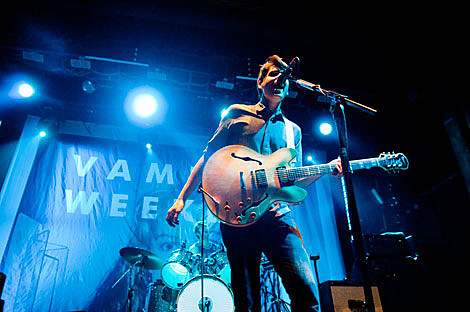 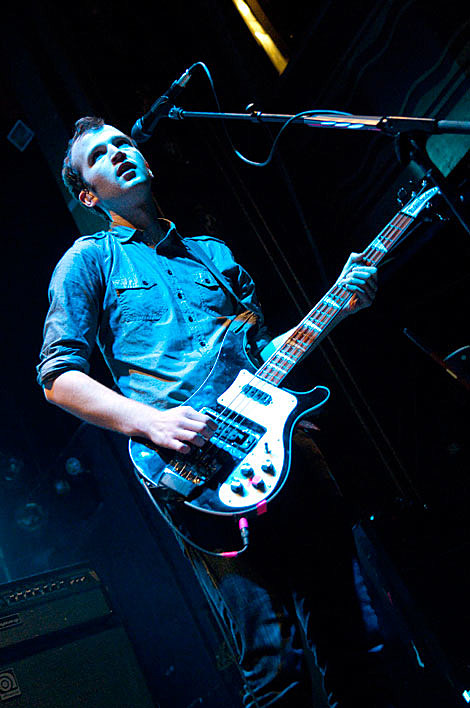 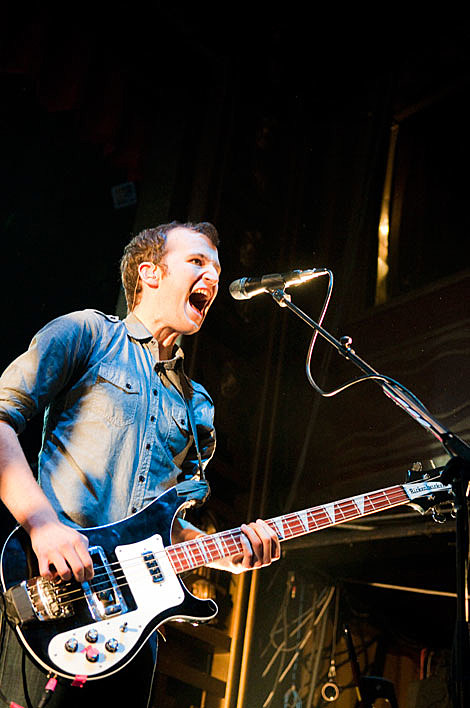 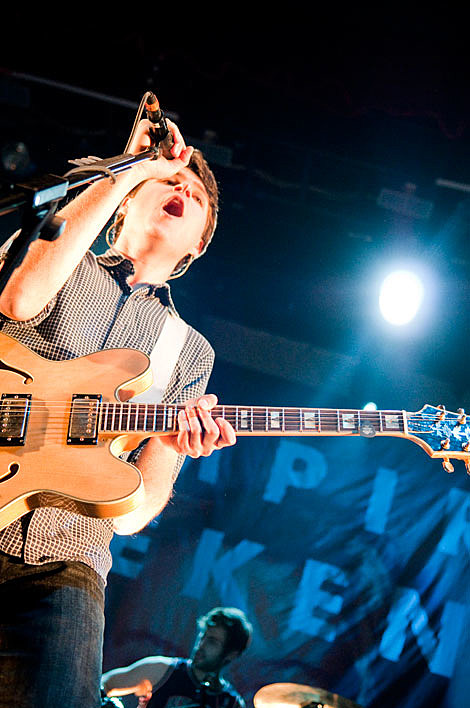 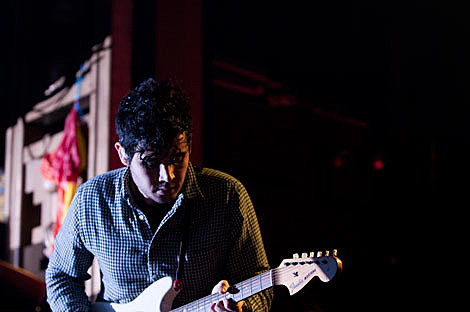 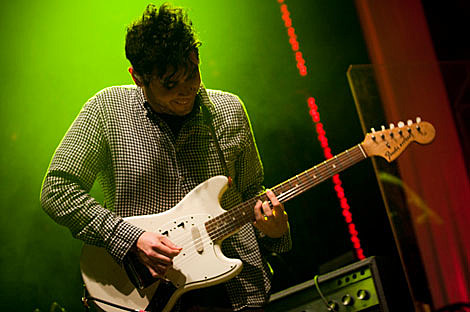 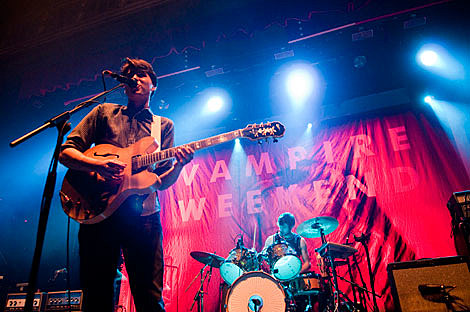 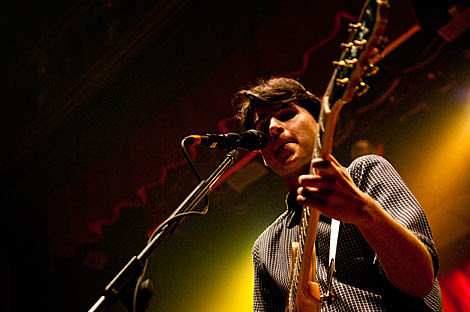 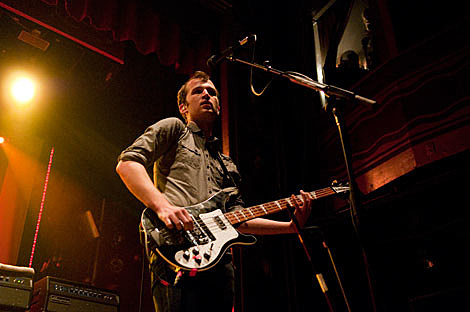 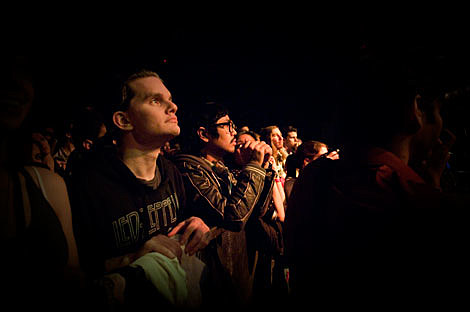 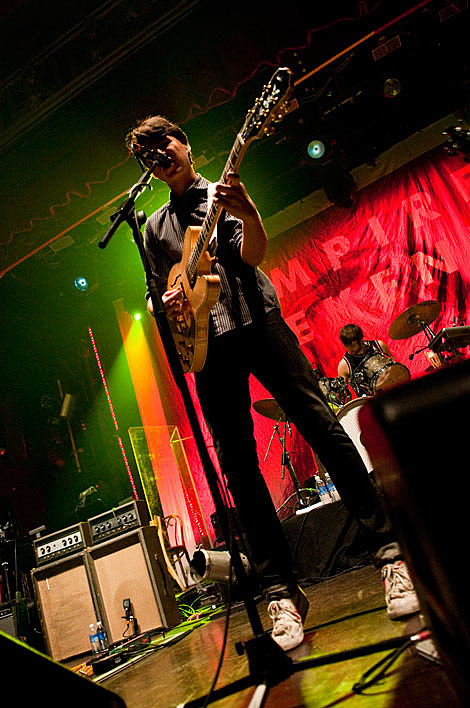 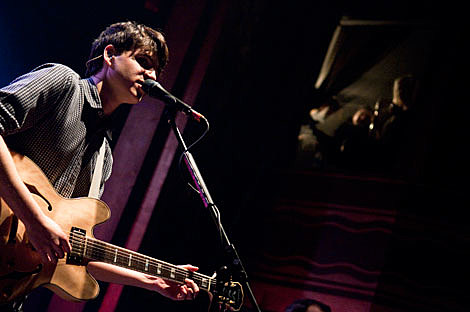 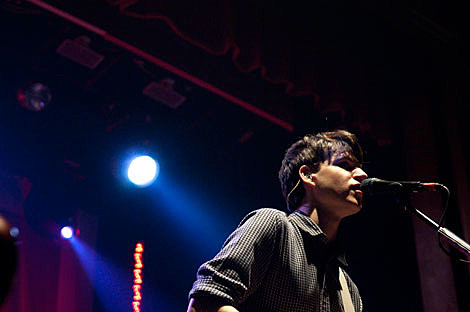 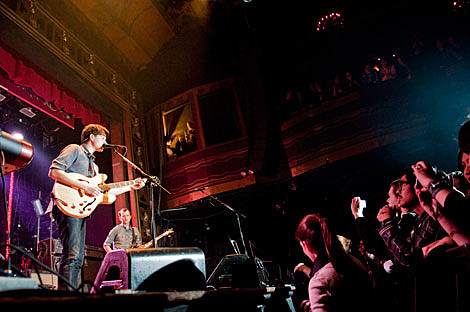 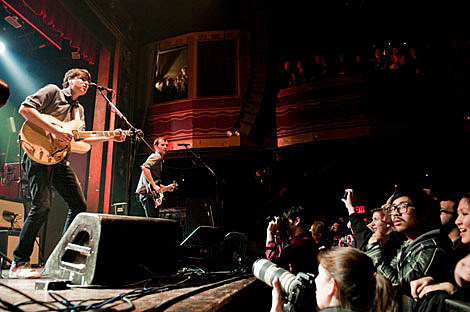 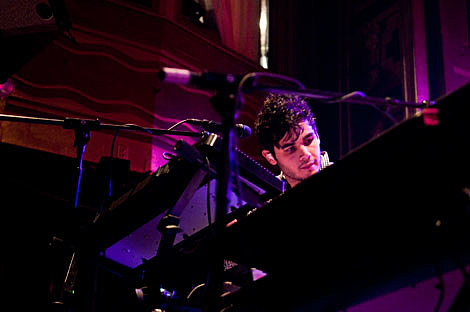 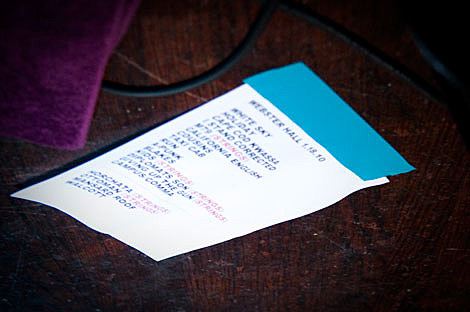