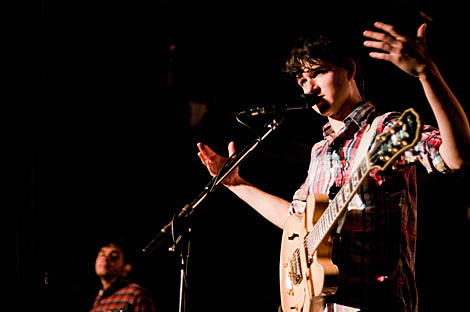 One. Two. Now THREE shows at Radio City Music Hall (the same number of shows Lady Gaga is playing at MSG, and one less than she played at Radio City).

Due to overwhelming demand, Vampire Weekend have added a third show at New York's Radio City Music Hall! The show is on September 17th, and will follow 2 sold-out nights on the 15th and 16th. Tickets will be on sale this Friday at 11am e.s.t.

The shows at Radio City Music Hall mark their first in their hometown since their three night run around the release of their new album Contra in January. Contra debuted on the charts at #1 and their self-titled debut album was recently certified gold. Since the album's release, the band has performed on Saturday Night Live, The Late Show With David Letterman, Late Night With Jimmy Fallon, The Tonight Show with Conan O'Brien, and The Late Late Show with Craig Ferguson. They are currently in the middle of a US tour in support of Contra.