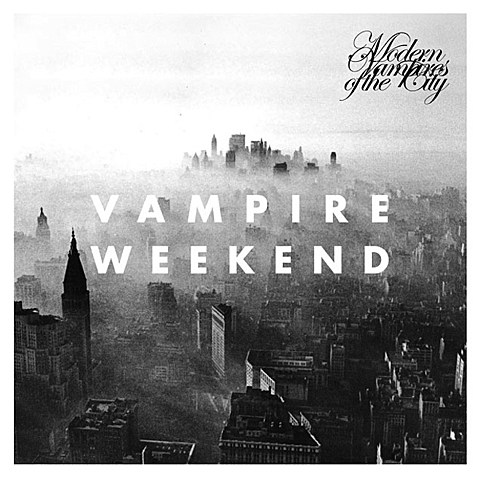 We mentioned that Vampire Weekend would be releasing a new album this year, and now all the details have been revealed. It's called Modern Vampires Of The City and will be out on May 7 via XL. That's the album art above and the tracklist is below. No music from the album has been posted yet.

The band will also be touring internationally surrounding their appearances at SXSW and Coachella. No NYC date has been announced yet, but hopefully one will be soon.

A list of all dates, the album tracklist, and the video for "Giving Up The Gun" off 2010's Contra, below...

Vampire Weekend - "Giving Up The Gun"