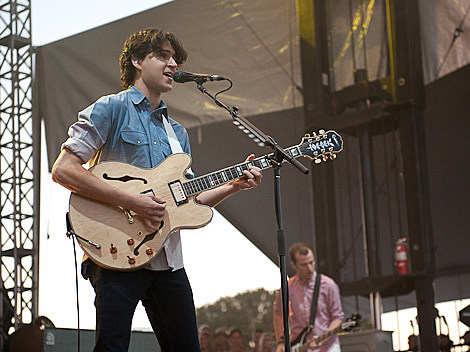 As mentioned, Vampire Weekend will release their third album, Modern Vampires Of The City, on May 7 via XL and will be touring (though the dates are pretty sparse at the moment) in the surrounding weeks. Their previously announced dates didn't include any NYC shows, and while they've yet to announce a traditional show here, it's been revealed that they will appear at The Gerald Lynch Theater at John Jay College on March 28 for Q Live with Jian Ghomeshi. The night will feature Jian interviewing actor Alan Alda and Vampire Weekend performing "a sneak preview of new songs" from the new album. TIckets for that show are on sale now.