Vampire Weekend at Radio City in 2010 (more by Jessica Amaya) 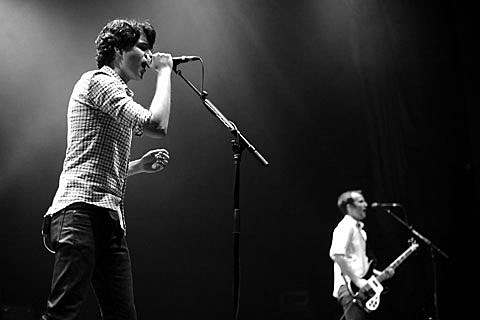 Vampire Weekend recently announced a tour which didn't initially include a show in their hometown of NYC, but they've now finally added one which happens on April 28 at Roseland Ballroom. Tickets for that show go on sale Saturday (3/30) at 10 AM with an AmEx presale starting Thursday (3/28) at 10 AM and a Live Nation/LN Mobile App presale starting Friday (3/29) at 10 AM.

Updated dates (including Lollapalooza) are listed, along with both songs from their upcoming 7" single (which also appear on their new album, Modern Vampires of the City, due out 5/7 via XL), below...