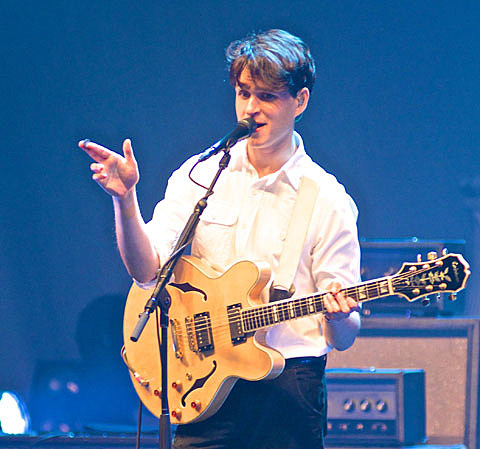 "Vampire Weekend's Modern Vampires Of The City has entered the U.S. album chart at #1, selling nearly 135,000 copies since its May 14 release on XL Recordings.

This is the second time Vampire Weekend has achieved such an historic feat: Its sophomore album Contra also debuted at #1 in 2010, making this the first time an independent rock band has entered at #1 with two consecutive releases.

Modern Vampires Of The City also shatters the previous record for first week vinyl sales, moving nearly 10,000 units on vinyl alone and debuting at #1 on the Soundscan Vinyl Charts. Additionally, the band charted #1 at Indie, Alternative, Digital and of course the top 200."

Browse our Vampire Weekend tag for much more.