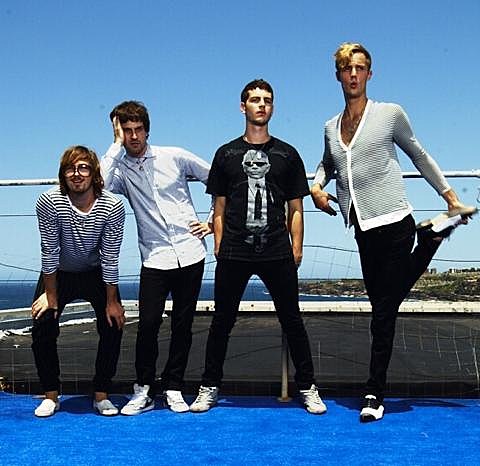 Over the summer, tropical pop Aussies Van She released Idea of Happiness, the followup to their 2008 debut, V, via Modular. You can watch the video for that album's single, "Jamaica," and stream the entire album via a spotify widget below.

Along with Cut Copy and The Presets, Van She have been one of the leaders of bright, bouncy synth pop over in their home country since the latter part of the last decade (The Presets are touring North America now.) This week the band comes over to play a NYC show at Tammany Hall on Saturday (10/13) with Plastic Plates. The first presale for that show sold out but a second presale is happening now. The flyer for this show is below.

Before that, they'll DJ a party in NYC on Thursday (10/11) at DL (95 Delancey at Ludlow) with Luke Jenner of The Rapture (also DJing) and Sean Glass & Alex English. That show is free with RSVP and there will be 2-for-1 drinks from 10 PM to 11 PM. The flier for this show is below.

Before leaving the US, Van She will head to California for two shows after the NYC shows. A list of all tour dates, both show flyers, that video and spotify stream are below. 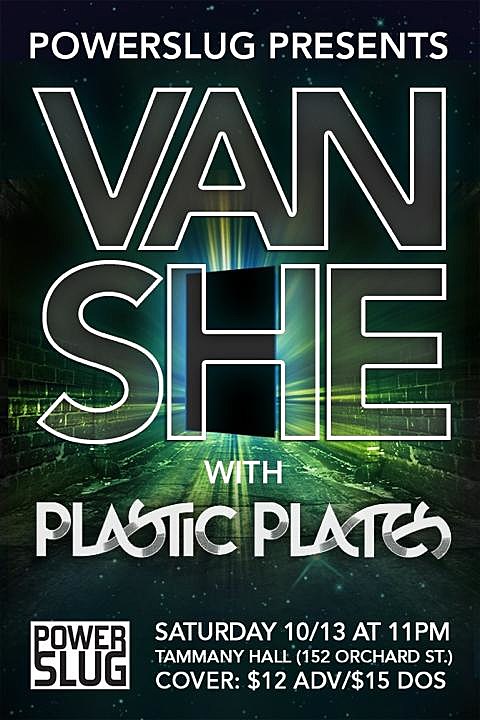 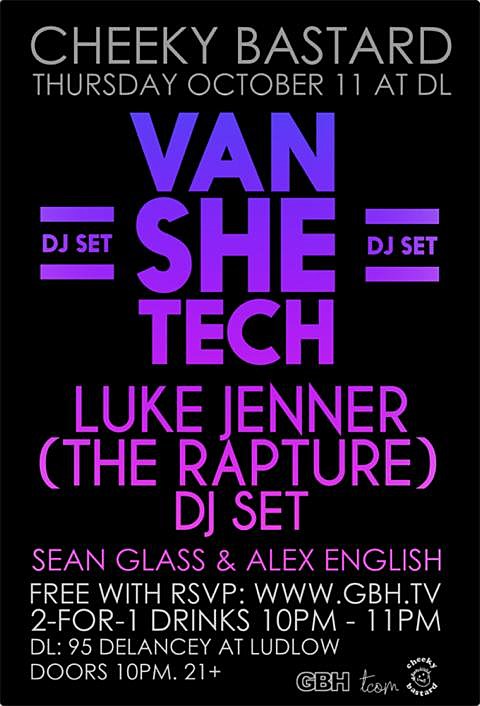