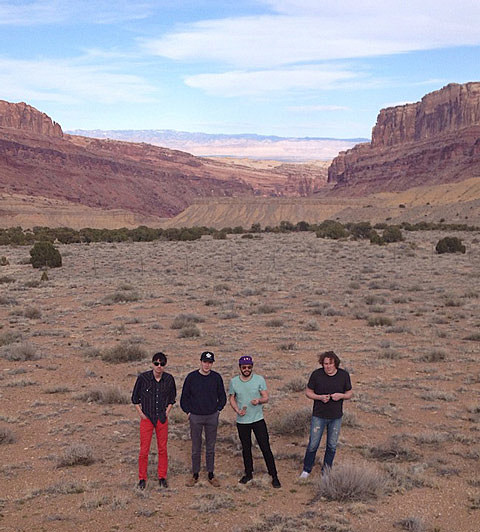 Vancouver band The Shilohs make classic guitar pop. Beatlesque is an overused term but there are some clear nods to John, Paul and, especially, George on their new self-titled album which came out last month via Light Organ. While influences may be on their sleeves, The Shilohs are good songwriters with excellent taste. If you have any affinity for this kind of stuff, The Shilohs do it well. You can stream the whole album in this post, and we're also premiering the video for opening track "Student of Nature" which you can watch below.

The Shilohs have previously toured with Real Estate and they're getting ready to hit the road with The Fresh & Onlys, including a NYC stop at Glasslands on July 23. Christines are also on that bill and tickets for that show are still available. All tour dates are listed below.

Speaking of videos, The Fresh & Onlys have a new video for "Animal of One" which you can watch below as well.

The Shilohs - Student of Nature

The Fresh & Onlys - Animal of One