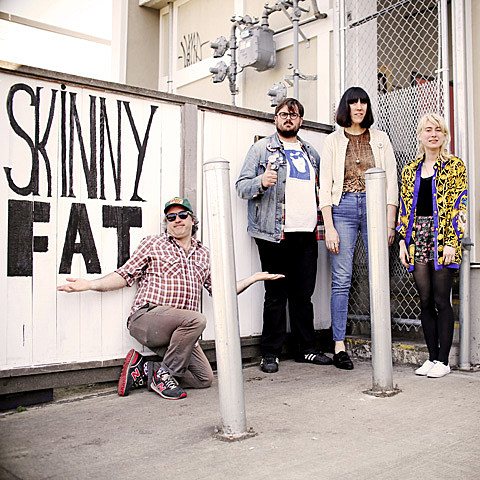 Vancouver garage punks Tough Age will release their new album, I Get The Feeling Central on June 23 via Mint Records. While their early records were defiantly low-fi, this new one has a pleasant mid-fi clarity, that still feels just gritty enough. Get an early taste via Hives-style ripper "Gutter Lemon" which makes its premiere in this post. Stream it below.

Tough Age will be in NYC this weekend for Northside where they'll play Trash Bar on Friday (6/12) with fellow Canadians and Mint labelmates Monomyth, as well as The Cowmen and Shark Week. That show is $10 at the door or you can get in with a Northside badge (subject to capacity).

It's Tough Age's only US show at the moment but they do have some Canadian shows coming up. All North American dates are listed below.