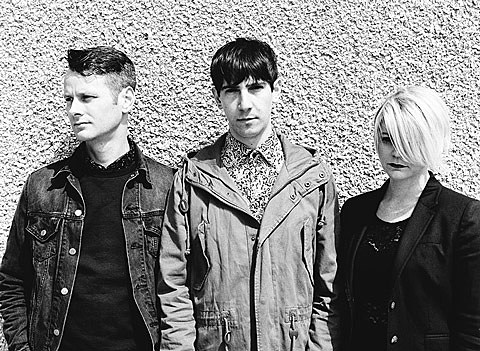 Keven Tecon logged time in San Fancisco bands Wax Idols and Soft Moon but left the drummers seat of both to form his own group, Vaniish. The new quartet -- featuring fellow Wax Idols member Amy Rosenoff  as well as Bay Area scene regulars Adam Beck and Nick Ott (drums) -- released their debut album, Memory Work, in June. As you might expect from the lineage (and band name), this is chilly stuff, ranging from pounding post-punk to more ethereal creations. If you're predisposed to the dark side, give this a listen below.

Vaniish will be in coming to NYC in September for a couple shows: Glasslands on 9/1 with Christines, INTERVAL and Winkie, as well as Weekend's Shaun Durkan on DJ duty (tickets). Then they'll play the 9/3 edition of Nothing Changes with fellow San Franciso band Offing, and Tiers.