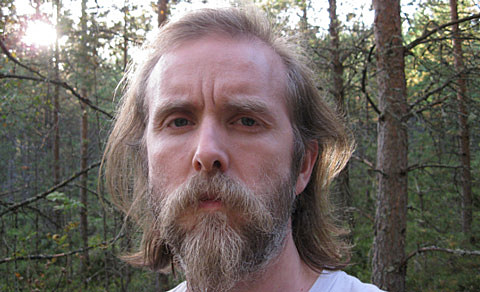 Stick with me on this one, we've got some bad, then some good.

Notorious black metaller Varg Vikernes was found guilty of "inciting racial hatred and glorifying war crimes" via a blog -- which he claimed not to have authored -- and sentenced to pay a fine of €8,000 and a six-month suspended sentence. While the financial hit will certainly hurt someone who now releases new age albums, it's a light slap on the wrist for such a publicized case, especially one that got rolling under heavier accusations. Varg was previously arrested in July 2013 on suspicions of "plotting a massacre," but wasn't charged due to lack of evidence.

In rosier Norwegian black metal news, legendary label Peaceville Records (Autopsy, Darkthrone, Anathema, My Dying Bride, Opeth, and on and on) have started a podcast. The host of the first episode? None other than the charismatic Fenriz from Darkthrone. He spins some tracks that inspired him, talks a bit, and generally fills the role of the bigger brother you wish you had.

You can check out the podcast below.