What do Varg Vikernes and the band Iran have to do with each other? Read on....

Varg Vikernes in the slammer no more 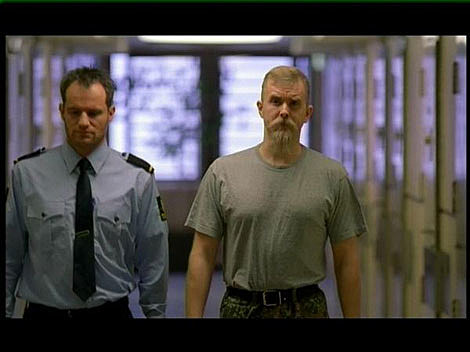 The single most infamous man in all of metal is set to walk free.

It is never reassuring to hear that a man who calls himself Count Grishnackh is to be released from prison. And yet that is what is happening to the Norwegian black-metal icon Varg Vikernes, who murdered Mayhem's guitarist and set three churches on fire.

It was just 16 years ago that Vikernes was sitting in an Oslo court, smiling as he received a maximum sentence. Best known as the leader of Burzum - whose first album begins with a song called Feeble Screams from Forests Unknown - Vikernes was also a far-right political activist and, er, grim dude.

Though he was refused four times for parole - most recently in September 2008 - Vikernes is now set to walk free, he told Daglabet magazine....

For the past couple of years, Vikernes has been allowed to leave the prison and make visits to his family, according to Blabbermouth. His mother, wife, 18-month-old son and 16-year-old daughter all live in Tromsø near the prison. "I look forward the day that I [can] work on my farm, create music, write books and be with the wife and kids around the clock -- and live a normal life," he said.

Though Vikernes will no longer be bound by prison schedules, he will have to regularly report to a parole officer, intially for every two weeks and then once a month. Count Grishnackh plans to move to a small farm near Bø and says he no longer has any ties with far-right Norwegian groups. - [The Guardian]

The dark beginnings of Black Metal in Norway, church burnings, and murder of Mayhem's Euronymous have been examined many times over, most famously in the book Lords Of Chaos. The forthcoming film Until The Light Takes Us takes it a step further, as the filmmakers were able to interview the madman himself, as well as key members of seminal black metal crews Ulver, Darkthrone, Immortal, Satyricon, and others all while living in Norway between 2001 and 2003.

Until the Light Takes Us is a feature length documentary chronicling the history, ideology and aesthetic of Norwegian black metal - a musical subculture infamous as much for a series of murders and church arsons as it is for its unique musical and visual aesthetics. This is the first (and only) film to truly shed light on a movement that has heretofore been shrouded in darkness and rumor and obscured by inaccurate and shallow depictions... Featuring: Gylve "Fenriz" Nagell, Varg Vikernes, Jan Axel "Hellhammer" Blomberg, Kjetil "Frost" Haraldstad, Ivar Bjornson, Abbath and Demonaz Doom Occulta, Kris "Garm" Rygg, Bjarne Melgaard, Harmony Korine, and more. The film, shot on 35 mm and dv, is directed and produced by Audrey Ewell and Aaron Aites.

If the name Aaron Aites looks a little familiar to you, it's because he also plays in a little band called Iran with Kyp of TV On The Radio. Iran is scheduled to play SXSW as well, having lined up a show at Club de Ville on 3/21 with Titus Andronicus, Violens, Ponytail, Colourmusic, and The Warlocks.

Until The Light Takes Us is screening at SXSW too - on March 19th at the Alamo Drafthouse with a question/answer session with Ewell and Aites. Tickets are on sale and a shuttle service is available to and from the theater.

Trailer, interviews with the filmmakers, and clips below...

Until The Light Takes Us trailer

Varg Vikernes (Burzum, Mayhem) in a clip from Until The Light Takes Us

Fenriz (Darkthrone) in a clip from Until The Light Takes Us

An Interview with Audrey Ewell and Aaron Aites

Audrey Ewell and Aaron Aites in a Press Junket about Until The Light Takes Us.