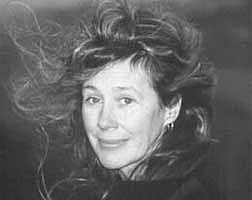 Vashti Bunyan made an album that no one liked 35 years ago. Distraught, she quit music and led a normal life. Then came the Internet. She Googled herself. She found fans like Devendra Banhart. She decided to re-release the record. This time people liked it. Indie-Folk embraced her. She appeared on Devendra Banhart and Piano Magic albums, Golden Apples of the Sun, and an Animal Collective EP. On October 25, 2005, she released her first new album in 35 years. Devendra Banhart, Joanna Newsom and others play instruments on it. Everyone likes it too. 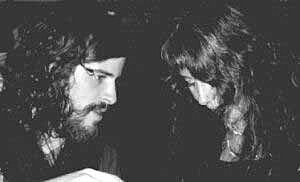 "Devendra wrote to me a while back and sent me some of his songs and drawings and asked if I thought he should carry on. I was immediately and utterly captivated by his style and invention and nomadic spirit, and so wrote back to say yes, please keep going. Then later on he sent me the 'Rejoicing In The Hands' track. I added my voice to it and was so pleased to hear it on his album. In turn he has been my songs' most loyal advocate and I'll love him forever." [An interview @ foxy digitalis]

"It is a tale full of romance, adventure, tragedy, redemption and unlikely twists" [A story in Guardian]

"I'd love to tour. I feel it's something I never did back then and I have some dues to pay. I'm starting with one show in London in December. I'll see how it goes and hopefully then think about more. And more. If I'm lucky- and just now I feel like the luckiest person I could be." [An interview @ Pitchfork]

"On this show, your host Garrison Reid sits down with Vashti Bunyan. Vashti discusses returning to writing music, recording Lookaftering, and her thoughts looking back at Just Another Diamond Day." [Download & Listen @ Indie Interviews] 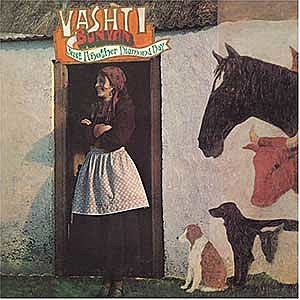 "One of the happiest by-products of the ongoing underground freak-folk explosion is the reemergence of British singer Vashti Bunyan" [Pitchfork gives it a 9.0]

"To recap: Vashti = boring, Devandra = ought to do Herbal Essences commercials, and Joanna = as cuddly and loveable as a puppy" [Cokemachineglow, not a fan]

Get Just Another Diamond Day @ Amazon 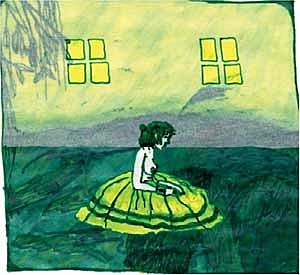 "...she hooked up with Animal Collective while they were in London last year to sing lead on three new songs, which, combined with a sound collage by the Geologist, make up this short EP." [Pitchfork gave it an 8.4]

"The members of Animal Collective apparently balk at the idea that they’re part of a modern American folk scene, but the folk leanings on this record are undeniable." [Prefix says 4/5]

"Animal Collective's new four-song EP then is a great disappointment, as it is far too restrained to be the monumental step forward that the band is primed to take." [Popmatters says just average] 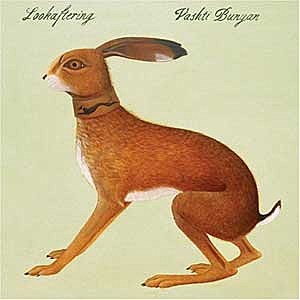 "...with the release of her second album Lookaftering, Bunyan has completed a comeback more reminiscent of pre-war country blues artists like Dock Boggs or Bukka White, whose performing and recording careers were resurrected during the 1960s folk revival, rather than anyone from the pop/rock era." [Pitchfork gave it an 8.5]

"Like all works of elusive beauty, Lookaftering is something that is so immediate and accessible it will take time to realize just how enriched with subtle evocation it is." [Tiny Mix Tapes gave it a 5/5]

"Bunyan's collaborations with younger peers feel very natural, her voice melting into Joanna Newsom's harp figures on 'Against the Sky' and 'If I Were'. 'Wayward, one of the disc's most beautiful songs, pulls in a whole Golden Apple's worth of contributors, with a mid-song meltdown of instruments, including Devendra Banhart's acoustic guitar, Kevin Barker and Otto Hauser's electrics, Adem's autoharp and Max Richter's piano and Hammond." [Splendid] 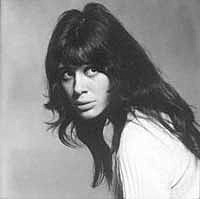