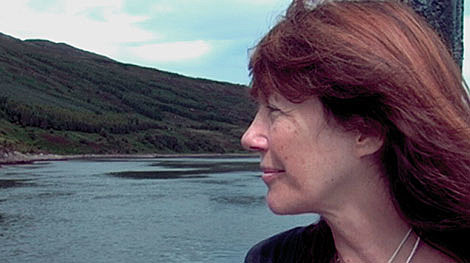 Legendary UK folkie Vasthi Bunyan will be appearing at 92YTribeca in NYC for a live performance on Friday, October 16th, and with director Kieran Evans for two screenings of the documantary Vashti Bunyan: From Here To Before on October 16th and 17th. Tickets for the concert, film and both are on sale now.

From Here To Before is a feature length documentary that chronicles the story behind the writing of a classic 'lost' album and the re-emergence of its critically acclaimed singer/songwriter, Vashti Bunyan. Filmed and directed by Kieran Evans, this beautifully shot and wonderfully evocative film is a lyrical, modern day road movie that retraces Vashti's extraordinary journey from London to the island of Berneray in the Outer Hebrides of northern Scotland and sets it against the backdrop of her first high profile London concert.

Vashti videos (there doesn't seem to be a trailer...) and more info on the film, below...

From Here To Before info

'Vashti Bunyan: From Here To Before' is a feature documentary about influential UK singer songwriter Vashti Bunyan, directed by acclaimed UK filmmaker Kieran Evans (Finisterre). It received it's world premiere at The Times 52nd London International Film Festival at the BFI Southbank.

For many cult artists, rediscovery comes too late, they never live to know their art has been reappraised, is being loved by generations not even born when they were at work. In the case of Vashti Bunyan, the "Godmother of Freak Folk" (New York Press), 30 years of obscurity ended with the rediscovery in 2000 of her lost classic album "Just Another Diamond Day" and her subsequent reintroduction into a mainstream she was never part of in the first place. The fact the record was inspired by a very British road trip - an end to end journey across the country by horse and carriage - has only helped mythologise Vashti's life and career.

A lyrical, modern day road movie, this wonderfully evocative film retraces Vashti's extraordinary journey across the British Isles and sets it against the backdrop of her first high profile London concert. It also features rare interviews with music luminaries Andrew Loog Oldham, Joe Boyd and Robert Kirby who provide an honest and informative insight into Vashti's place in the most creative period of twentieth century popular music. There are also contributions from musicians such as Devendra Banhart, Max Richter and Adem Ilhan who discuss the huge influence her music has had on their own work and in Devendra Banhart's case, the effect it had on his life.