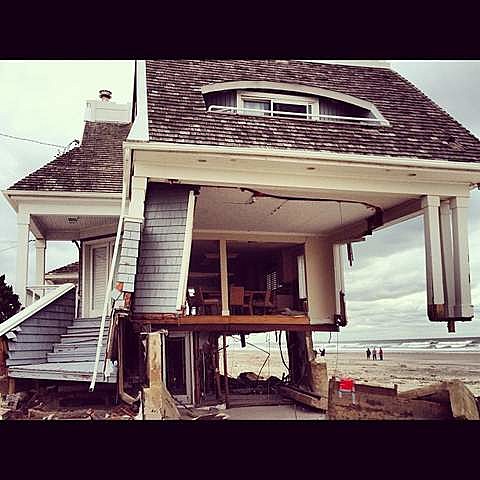 Standing in front of his sister's severely damaged property on 137th and Cronston, 44-year-old Thomas Callahan, whose home and business had both been flooded out, was asked when he expected power to return. "It could be up to thirty days and we have no gas for generators," he said. A creeping cold was settling in as he estimated that "eighty percent" of his neighbors had not evacuated, as the majority of them had heeded official warnings and left before hurricane Irene hit last year, an event which wound up causing the peninsula little damage. "That gave them a false sense of security, so they stayed. Even the older folks," Callahan added, puffing on a cigarette.

But this time, he said, the water came up so high, "kids were kayaking through the neighborhood." The damage that water wrought was all around: knocked down trees, piles of rubble, and bombed out yards.

Further west, on Rockaway Beach Blvd, a dozen people were huddled near a closed gas station waiting for a bus in the pitch darkness. None of them had flashlights. They had been waiting for forty minutes, said one, Kevin Smith, who had spent three and a half hours getting into Manhattan that morning so he could find a place to work with power. Asked about the restoration of heat, water and electric, Smith-who like many on the peninsula, lives in a large apartment complex and has no running water-said, "I think that's something we're all very concerned about, and a lot of the residents around here just weren't prepared, no flashlights candles or nothing." - [Animal]

Between the destruction by winds and water, and the horrific fire at Breezy Point, The Rockaways were possibly the hardest hit area in the Five Boroughs by Hurricane Sandy. If you've seen photos or video (not this one) from the area or lived it like NY1's Bob Hardt, you know the devastation is jaw-dropping. The whale is gone, the boardwalk is gone, the skate park is gone, disabled senior citizens from nursing homes remain in makeshift shelters all around the city... the list goes on. A few more pictures from the wreckage are below. If you'd like to help there's a Rockaway Relief group on Facebook that culling relief efforts.

Meanwhile, Coney Island, Staten Island, Long Island, Red Hook, DUMBO, The South Street Seaport, New Jersey, and many, many other areas can use some help too. No matter where you are, you can probably find a way to help.

Make sure to catch the telethon on NBC tonight too. Here's a musical way you can help. Vast Aire of hip hop duo Cannibal Ox will be playing a Brooklyn show this Saturday (11/3) at Knitting Factory with The Kominas, Rebelmatic, Orginal Text, Sav Killz, and Propaganda Anonymous. At the show, Concept Mindspray will be collecting donations to send to the Rockways. "Please help with whatever you can. Most needed are clothes, water, canned food, batteries, flashlights etc..." Tickets for Saturday's show are on sale now. It appears to be the only announced Vast Aire date at the moment.

Show flier is below, along with some Instagrams from post-Sandy Rockaways. 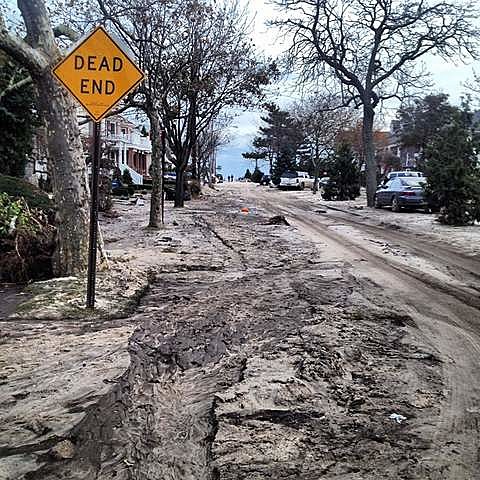 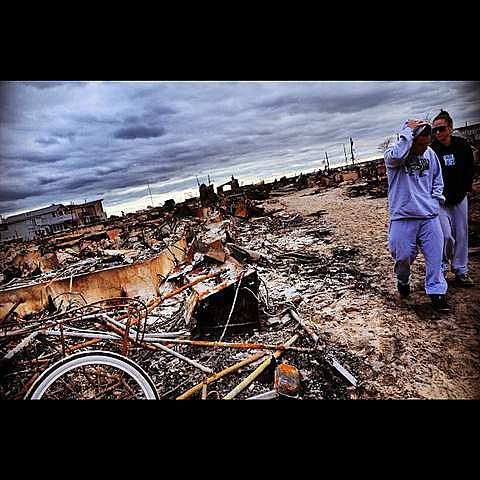 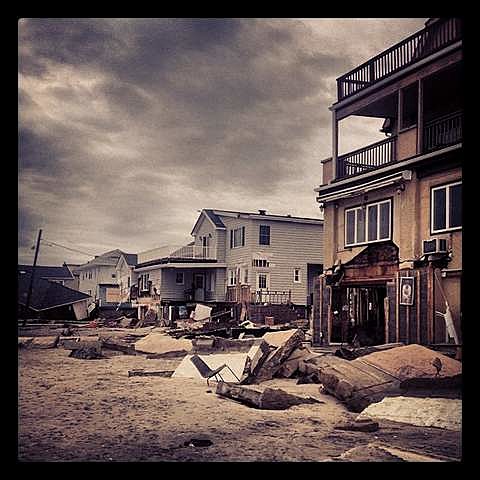 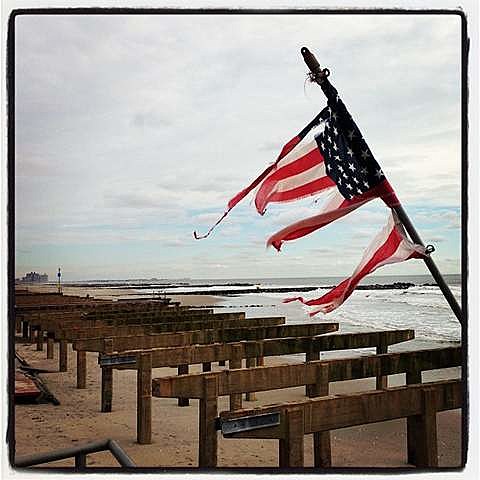