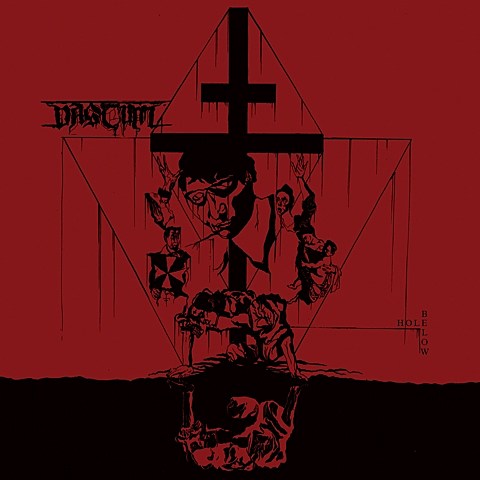 San Francisco's Vastum traffic in slow, down-tuned death metal about sex. If the first single from their upcoming album Hole Below, out November 6 on 20 Buck Spin, is any indication, this isn't changing any time soon. The song is called "Sodomitic Malevolence," and its a typically gnarled, brutal entry in Vastum's catalogue. Its heavy on the double-bass, grotesque lyrics, and general air of dread that has pervaded everything they've done. It's pretty great, and you can stream it below.

Vastum are going on a quick run of east coast dates that will take them through NYC to play The Acheron on November 5 with Trenchgrinder. That show will also feature support from Infernal Stronghold and Coagula, and they're billing it as a Martyrdoom Fest pre-party. Tickets are on sale now.