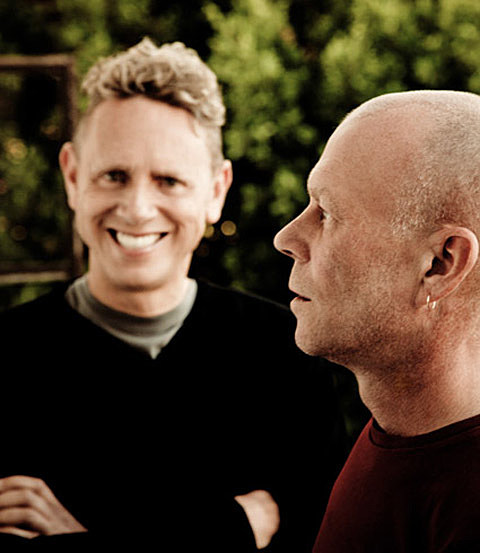 After 30 years working on their respective ongoing music projects, Vince Clarke (Erasure / Yazoo / Depeche Mode) and Martin L. Gore (Depeche Mode) come together for the first time since 1981 as VCMG to release a brand new album preceded by a series of EPs.

VCMG is the fruit of initially tentative discussion and subsequent enthused collaboration where Vince and Martin, both influential as pioneers in electronic music, get to exercise their lifelong love of the genre as the techno inspired VCMG.

As Vince explains: "I've been getting into and listening to a lot of minimal dance music and I got really intrigued by all the sounds... I realised I needed a collaborator... so it occurred to me to talk to Martin."

Says Gore: "Out of the blue I got an e-mail from Vince just saying, 'I'm interested in making a techno album. Are you interested in collaborating?' This was maybe a year ago. He said, 'No pressure, no deadlines,' so I said, 'OK'."

VCMG released an EP called Spock in December and will follow that up with an LP this year (2012). Listen to "Spock" and check out the EP's remix-filled tracklist below.

Erasure played Austin recently, as part of a round of tour dates supporting their new LP Tomorrow's World. That tour hit Terminal 5 in NYC on 9/13 and 9/14.

Listen to some Depeche Mode, Yazoo, Erasure & VCMG below...