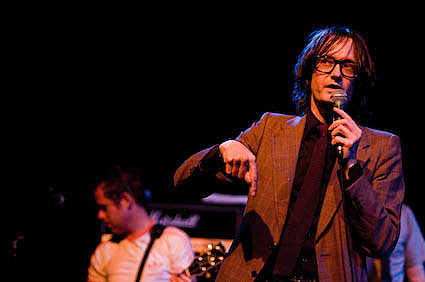 There is a ton of stuff going on this weekend, but clearly the gig of the week is Jarvis Cocker (who is also on Jimmy Fallon tonight) at Music Hall of Williamsburg (7/30). The last last two years Jarvis held my top spot for Show of the Year and I have no doubt he will deliver tonight as well. He's truly on another plane of existence when it comes to performers. But I'm like a lot of you this year, I didn't buy tickets for Terminal 5 (a venue I'm kind of proud I've never been to) and then kicking yourselves when the show got downgraded to MHoW. It's kind of killing me that I won't be at this show, but luckily there are a lot of other good options. 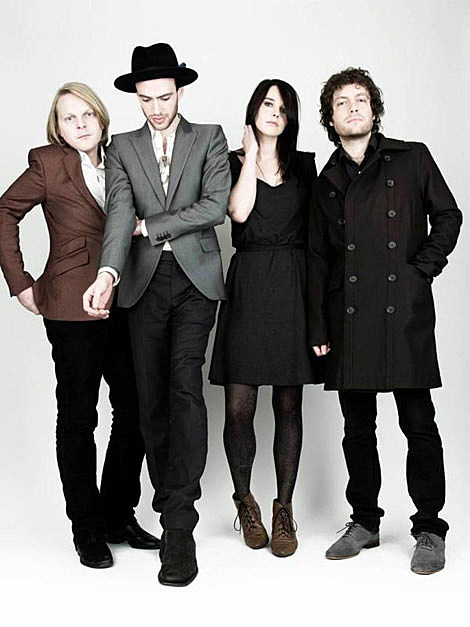 If you are an Anglophile, I think your best bet tonight (7/30) is at Mercury Lounge for The Veils and Foreign Born. Tickets are still available. The Veils' new album, Sun Gangs, is a little more palatable, in my opinion, than 2006's Nux Vomica with singer Finn Andrews' vocals a little more reigned-in and less histrionic, though I realize that was a selling point for some people. (I was more of a fan of the first album, The Runaway Found, than the second album.) The new record is good, for fans of moody, heart-swelling anthemic rock. Check out "Killed by the Boom" at the top of this post. Having seen The Veils play for both previous albums (and both times at Mercury Lounge) I have not doubt that Andrews (son of XTC/Shriekback's Barry Andrews) will give 110%, if only that were possible. He will also likely wear a big hat. 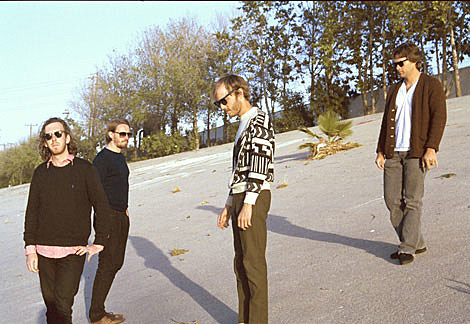 Foreign Born, meanwhile, are from L.A. but clearly were raised on classic KROQ and the influence of The Smiths, Echo & the Bunnymen, and House of Love was an undeniable presence on their 2007 debut, On the Wing Now, of which I was a fan. Their new album, Person to Person, still bears those influences but they've folded them in more delicately with their distinctly American sound so that it's more nuances than nods. (I do still hear a lot of House of Love in the guitars, though.) It's a really good album. They got a boost back in March when Ed Droste gushed about their new record on Grizzly Bear's blog:

I was pretty vocal about my love for their last album On the Wing Now, and this time around it's even better. I gotta say, something about the production of this album is really doing it for me. Crisper sounds, and Matt's voice sounds wonderful. This track "Vacationing People" is a lovely little pop gem, and it's not even scraping the tip of the iceberg when it comes to the album. I hope that you all enjoy the song and check these guys out.

You can download Foreign Born's "Vacationing People" and "Early Warnings" at the top of this post. If you are going, do try and go early and catch locals Jaguar Club who definitely fit well with the night's proceedings. Their debut, And We Wake Up Slowly, is out September 1 and is a nice distillation of various gloomy Brit-rock influences. They're young, still evolving, but worth checking out.

If you can't make Mercury Lounge tonight, both Foreign Born and the Veils are playing on Monday at The Bell House and you can get tickets here. 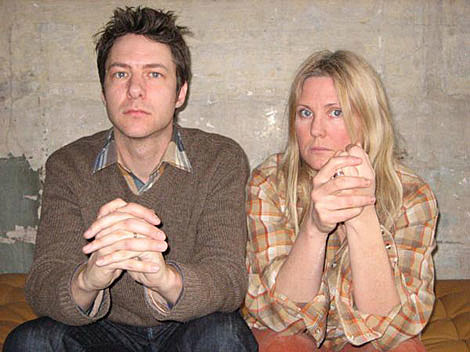 Another good option tonight (7/30) is at Bruar Falls which has the first Hospitality show since late May, as their bassist pulls double-duty in White Rabbits who were on tour the last two months (and play Saturday at All Points West). I previously wrote in May: "Singer Amber Papini's delicate, airy voice matches so perfectly with her songwriting: jazzy pop that kind of reminds me of '60s chanteuse Claudine Longet or Austin's Yellow Fever. I've yet to see them live but I'm kinda in love with the songs." I've listened to their swoon-worthy CDR EP I don't know how many times since then and was quickly won over when I saw them live. Check out "Betty Wang" at the top of this post and see if you don't feel the same way. They've promised to play a whole bunch of new songs tonight, too.

Also on the Bruar Falls bill are Chicago's The Horse's Ha which is reason enough to go. Primarily a duo of James Elkington of The Zincs (kind of the Windy City's American Analog Set), and Janet Beveridge Bean who has spent time in the great '90s indie rock band Eleventh Dream Day as well as '00s folkies Freakwater. The Horse's Ha are their homage to late-'60s/early '70s Euro-hippy-folk like Fairport Convention and Pentangle, and their voices sound great together on their debut album, Of the Cathmawr Yards, which, like their name, is a Dylan Thomas reference. With a backing band of ace improv-jazz players (Fred Lonberg-Holm, Nick Macri, and Charles Rumback), this should be something. You can download their song "The Piss Choir" at the top of this post. 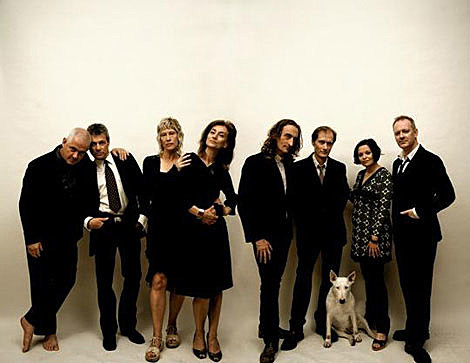 The Horse's Ha are also playing two more shows this weekend, both of which are opening slots for The Mekons who also call Chicago home these days: Friday at The Bell House and a sold-out show at Mercury Lounge on Saturday. What do you say about the Mekons these days beyond that they are probably the only band from the original punk/post-punk era to rival The Fall on longevity, relevance, line-up changes, and essential output -- the only constant being change. The band are working on their 27th album, recording in Wales, so expect some new tunes at these two gigs: the Bell House show being semi-acoustic, the Mercury Lounge being full electric. Anyone who's seen the Mekons before should know to be prepared for a marathon, booze-soaked performance with a crowd of die-hard hard fans who match the band shot-for-shot, pint-for-pint. It can be a bit much for the uninitiated (or casual fan) but worth the effort. They are legends. 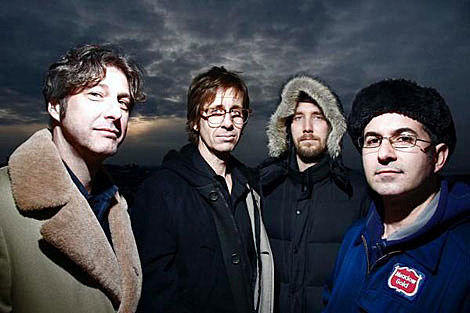 It's a great double-bill at the Seaport Music Series on Friday: Polvo are in town fresh off their appearance at XX Merge, have just re-signed to the label who will put out In Prism, the band's first album in ten years. You can check out "Beggar's Bowl" from it at the top of this post and if it represents the rest of the album, it definitely sounds like the Polvo I remember: intricate guitar lines, rhythmically complex, shredding indie rock. And Obits have put out one of my favorite rock albums of the year: full of pedal-to-the-metal, cheap trucker's speed style jams. I've seen them twice already this year, and Rick Froberg hasn't lost any snarl. Two downloadable tracks off their I Blame You album at the top of this post. 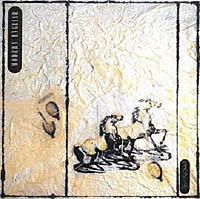 A complete 180 from Obits are... Modern English. Yes that Modern English, whose classic '80s single "I Melt With You" has been used at least twice in commercials to sell various things with cheese on it over the last 10 years, will be performing at The Studio at Webster Hall on Friday CANCELLED. While that may be the only thing anyone remembers about them, the album that song came from, After the Snow, is actually a really solid platter of goth-tinged pop which, you may not remember, came out on 4AD (home of Cocteau Twins, This Mortal Coil and The Wolfgang Press). It also contains the absolutely brilliant single "Life in the Gladhouse," probably the best thing the band ever did. The two albums that surrounded it (1981's Mesh and Lace and 1984's Ricochet Days) aren't bad either. I have no idea who is in this version of the band -- certainly singer Robbie Grey, probably guitarist Matthew Shipley -- or whether they're any good, but Modern English were more than a one-hit flashback fave. 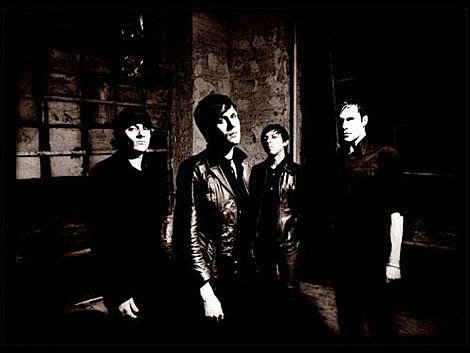 I wonder if the members of Blacklist wouldn't be watching Modern English if they weren't playing at Cameo on Friday (7/31). Surely they've got a copy of Mesh & Lace in their record collection somewhere. Blacklist's debut, Midnight of the Century, was released this week and would've sounded at home on 4AD or Beggars Banquet in 1984. They've worked out the best bits of '80s goth: killer pumping basslines, effects-drenched guitars, the just-melodramatic-enough singing, and giant anthemic choruses. If you ever liked Sisters of Mercy, The Bolshoi, Death Cult, Xmal Deutschland, you're gonna dig Blacklist. It's pastiche, but it's done to perfection. You can check out "Flight of the Demoiselles" at the top of this post.

The Cameo show also features Austin's loud-as-hell shoegazers Ringo Deathstar who are way better than their name might suggest. Might be a good way to prep your ears for the My Bloody Valentine aural assault that will happen at All Points West on Saturday (7/31). 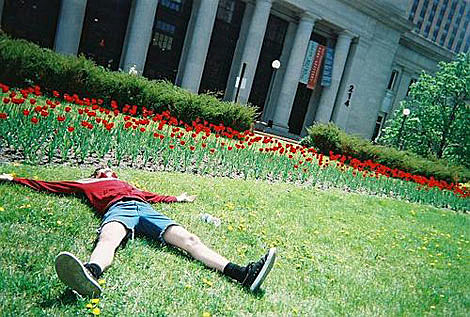 This is a big column this week! And it's almost over. Seattle's Justin Ripley is also in town this weekend. You may remember The Pamonas, the band he had in Lawrence, KS a couple years ago. Since relocating to Seattle, he went on a songwriting binge and has released three downloadable albums this year so far. It's a lot of material, wildly ranging in styles and fidelity, but quality across the tracks is surprisingly high. Plus, he's got power pop at his core and I'm gonna guess that's what you can expect from this weekend's shows, especially with half of the awesome, raucous Rooftop Vigilantes as his backing band. He plays Glasslands on Friday (7/31, with Midnight Masses), the Alphabet Lounge on Saturday (8/1) and Monkeytown on Sunday (8/2).

And finally I would be remiss to not mention All Points West, which is at Liberty State Park this weekend as I'm sure BV readers are already aware. I think it's a better lineup overall than last year (no Jack Johnson) and Saturday and Sunday are both pretty strong, though I'd have to give a slight edge to Sunday, what with Echo & the Bunnymen, Elbow, MGMT, Slilversun Pickups, Mogwai and Lykke Li. (Also La Roux, who I'm curious as to what they're like live.) I am no fan of outdoor festivals, but I had fun last year and am looking forward to this weekend.

Tour Dates and videos after the jump.... 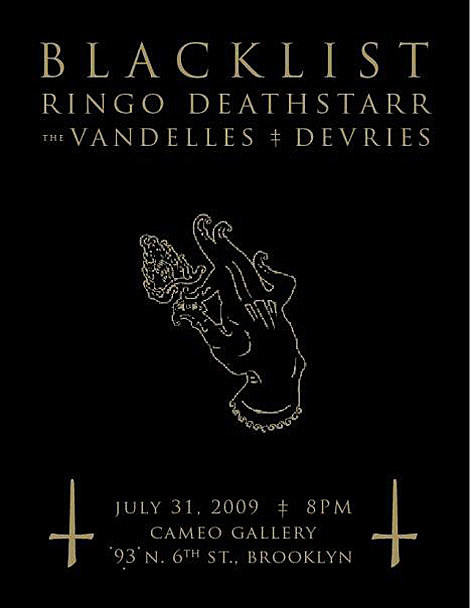 The Veils - "The Letter"

Modern English - I Melt With You