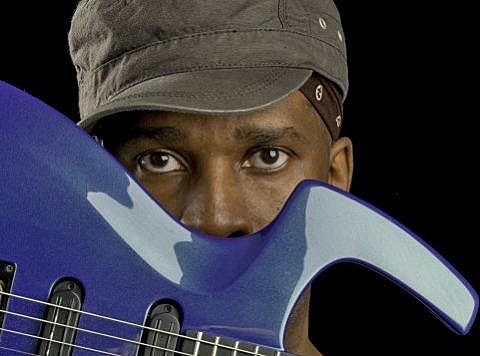 As mentioned, Living Colour is busy gearing up to celebrate the 25th anniversary of their debut album, Vivid. In the meantime, guitarist Vernon Reid is currating the second half of February at NYC avant garde music haven The Stone (Feb. 15 - 28). His series kicks off Friday (2/15) with Baltimore's Lafayette Gilchrist. Other highlights include freeform violinist Mazz Swift on February 17; Testament guitarist Alex Skolnick with his new trio on February 19; and Reid himself with bassist Jamaaladeen Tacuma and drummer G. Calvin Weston as "An Evening with Free Form Funky Freqs 67 & 68" on February 27. You can check out the full schedule at The Stone here.

March features curations by Dave Scanlon in the first half of the month and Al Lipowski in the second. And that will bring the Stone's "curator series" (which it's done since 2005) to a close. Beginning in April, The Stone will begin weeklong residencies. The new series kicks off with a week featuring pianist Matthew Shippfrom April 2 - 7 . Each night features a different collaborator and you can check out the schedule here.