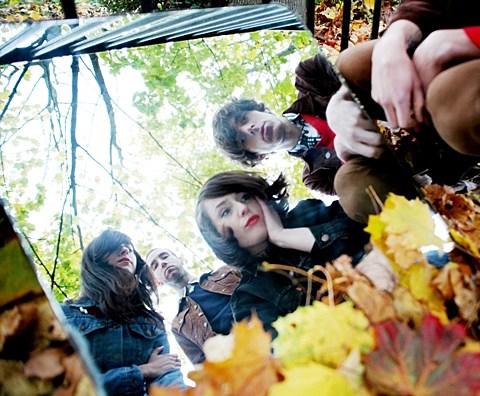 As mentioned previously, Veronica Falls' new album, Waiting for Something to Happen, will be out February 12 on Slumberland Records and if you haven't heard the record's first single, "Teenage," you can stream it below, as well as watch a video of the band performing the song in a Portugese cemetery. The song is fairly indicative of the new album which is a little more gentle, sonically, but ups the number of hooks. It's a winner.

Shortly after the album's release, Veronica Falls will head across the Atlantic for a North American tour that will hit Bowery Ballroom on March 8 with openers Cold Showers and Cheetahs. Tickets for that show go on sale Friday (11/30) at noon.

A list of all tour dates, song stream, and video, are below.