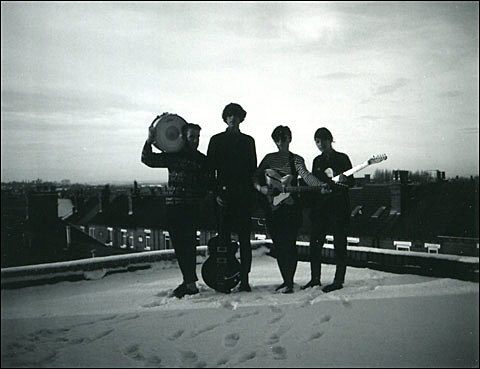 It's taken what seems like forever (actually only 18 months or so) but Veronica Falls are finally about to release their self-titled debut, out September 20 on Slumberland. One day later, the UK quartet begin a North American tour, including two shows in New York: Tuesday, September 27 at Glasslands (with German Measles and probably more TBA) and Wednesday, September 28 at Pianos (only band on the bill so far). After those shows, the band hook up with The Drums for the rest of their North American dates. See the bottom of this post for full tour schedule.

Recorded live over a three day period after more traditional studio sessions were scrapped, the album has a nice openness and energy. It sounds big, but in a very natural way and gives umph to album versions of early singles "Beachy Head" and "Found Love in a Graveyard." Clocking in at a sleek 36 minutes, it's a rush of harmonies feverishly strummed guitars that caught me a bit offguard, despite seeing the band a handful of times over the last year and a half. (Flying Nun fans: it's very Bats at times.) It's another winner in what is turning out to be a very good year for Slumberland records.

To tide you over till the album, new single "Bad Feeling" out next week. You can watch the video for album-closer "Come on Over" (with its VU-ish intro) at the bottom of this post and you can download that song via a SoundCloud widget which is down there too, along with all upcoming Veronica Falls dates. 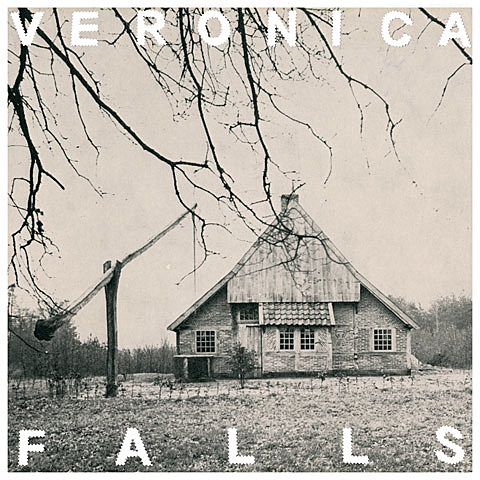 Veronica Falls - Come on Over

Veronica Falls - Come On Over by Slumberland Records