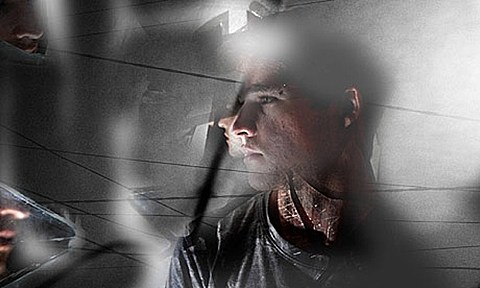 UK wunderkind Vessel has been wowing us with his noisy brand of leftfield electronic for a few years now, his latest release being last year's Punish, Honey on Tri Angle. He's returning to the US for a few shows this month.

Two are in NYC, including the previously mentioned appearance at Warm Up at MoMA PS1 on August 15 with Untold, Ninos Du Brasil, Cut Hands and French Fries b2b Bambounou (tickets). Since we last spoke, he added a late-night show happening a couple days earlier at Output (8/13) with Ital, Aurora Halal, Earthen Sea, Damon Eliza, and Palermo. Tickets for the Output show are on sale now.

After that, he has European shows coming up too. All dates are listed, with a stream of the woozily anthemic "Red Sex" from Punish, Honey, below...