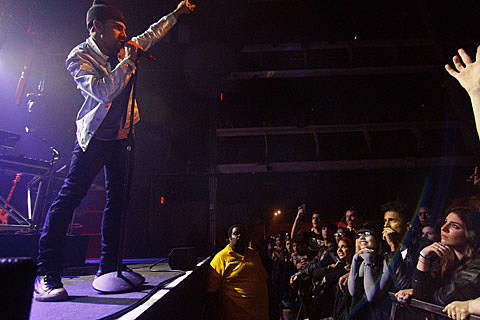 Chicago rapper Vic Mensa first caught our ears when he appeared on "Cocoa Butter Kisses" off fellow Chicago rapper Chance the Rapper's Acid Rap mixtape, and then again when Chance in turn appeared on "Tweakin'" off Vic's Innanetape mixtape (which also featured Disclosure collaborator Eliza Doolittle, Ab-Soul, Thundercat, and others). We just caught Vic in NYC on his tour with Disclosure, which is about to wrap up.

After that tour, he'll head to Europe on a tour with Danny Brown, but right before he leaves, he'll headline his own NYC show on February 18 at SOB's with local fave Nitty Scott, MC, plus Rugz D Bewler and KB Yung Hustle. Tickets for that show are on sale now.

All dates (including SXSW) are listed, along with a stream of Innanetape, below... 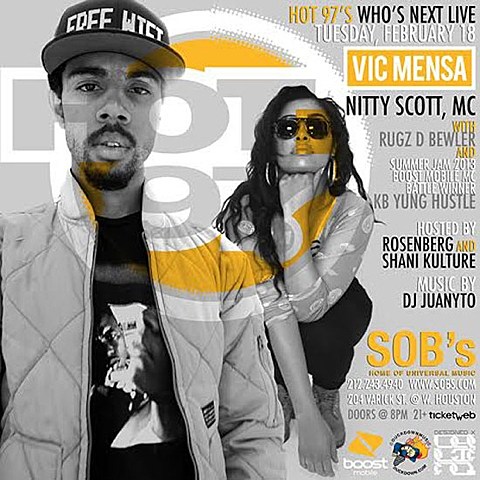