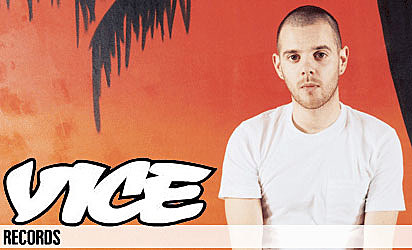 Word on The Streets is that Atlantic Records and VICE are splitting up. What this means for each artist involved is being decided as we speak. Some history below...

For seven years, ''VICE'' magazine has farmed the fertile soil where punkish attitudes, gutter culture, and irreverent humor blend with edgy music and art. Now, the bratty visionaries behind the free monthly -- which has featured oddball acts like Comet Gain, published cocaine reviews, and run articles written by retarded people -- has launched VICE Records, an imprint of Atlantic, with the Streets' ''Original Pirate Material.'' [Entertainment Weekly]

"Known for consistently discovering innovative artists and pioneering strategic partnerships for Atlantic, Caren engineered (or played a lead role?) the launch of Vice Records, a joint venture between Atlantic and Vice Magazine. The successful enterprise brought acclaimed UK artists Bloc Party, The Stills and The Streets to the US." [Mike Caren's Wikipedia]

"VICE Records was born three and a half five years ago when Suroosh Alvi discovered Grime sensation Mike Skinner, aka the Streets. There is debate about which of these lovelies actually discovered which but we will have to save that for a more in-depth probe. Let's just say that some spiffy microphone work beneath the sheets proved key to the fruits of their labor.

This wicked Skinner/Alvi amalgam allowed VICE to enter into a joint venture with Atlantic Records and the rest, as they say, is history. Soon the little record label that could evolved into a leviathan marching to the west Indian drumbeat of the shrewd Dr. Alvi. With his six loyal minions, he has created a power house of independent music including The Streets, The Stills, Bloc Party, Chromeo, Death From Above 1979, Panthers, The Boredoms, Justice, The Favourite Sons, and the Run the Road compilations." [VICE Rumor Mule]

Anyway, Mike Skinner is working on a new Streets album....