Victor Villarreal, who played guitar in Cap'n Jazz, as well as a number of its spinoff bands including Joan of Arc, Owls, and Ghosts & Vodka, is releasing his first solo album, Invisible Cinema, on January 24 via Joyful Noise. The album's first track, "Enters" is available for download at the top of this post, and can be streamed below. Like his guitar work in his previous bands, "Enters" is filled with math rock noodling through pretty chord progressions. The largely acoustic guitar and string arrangement-led track is most reminiscent of fellow Cap'n Jazz member Mike Kinsella's work in Owen, but when the vocals finally come in at the end, he reveals a much starker voice than Owen's brokenhearted throb. You can pre-order the album at the Joyful Noise webstore and check out the artwork and tracklist below.

Victor will go on a tour in support of the album with Meryll that includes a Brooklyn show at The Rock Shop on February 10. Tickets for the show are on sale now and Victor has also launched a Kickstarter campaign to help support the tour. He says:

There are many costs associated with touring, even when travelling as a solo musician. I have decided to engage in this Kickstarter campaign to help ensure that my first tour as a solo musician is possible and that I am able to cover my estimated expenses for 3 weeks on the road. 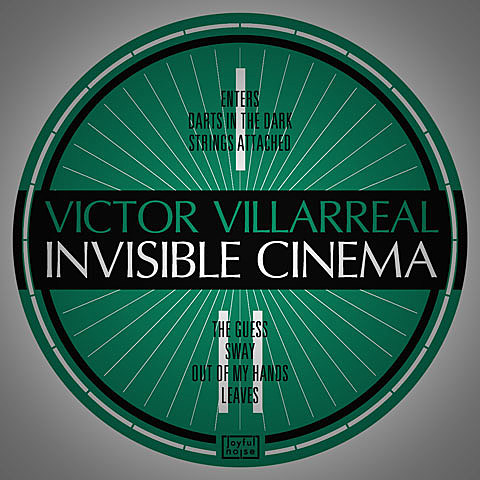