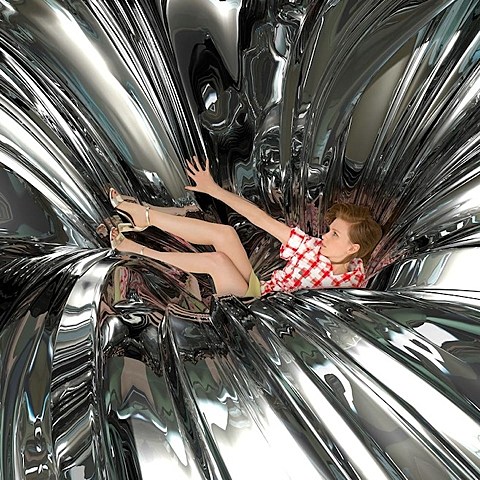 We've already posted a bunch of videos this week like Failures' Union, Temples, Calculator, STRFKR, Night Beats, Batillus, Touche Amore, J. Cole, and more. But unfortunately we don't get to all the cool videos that come out during the week (or weeks), so here's our attempt at playing catch-up. Check out videos from Wang Chung covering Modest Mouse, Pity Sex, Spiritualized, Glasser, and more, below.

Major Lazer videos are usually a pretty epic thing, and this new one for "Scare Me" is no exception. Check it out.

Wang Chung, the men behind "Everybody Have Fun Tonight," appeared on A/V Club Undercover this week and they took on Modest Mouse's "Third Planet" from their 2000 LP, The Moon & Antarctica. Seriously.

Pity Sex put out their impressive, shoegazey debut album, Feast of Love, earlier this year, and now its standout opening track, "Wind Up," has been given the video treatment. Watch the two singers drive around in a car as they expressionlessly mouth the words to the song.

Spiritualized - "I Am What I Am" Official Video

Psychedelia masterminds Spiritualized are back with a new video for "I Am What I Am" off 2012's Sweet Heart Sweet Light. It follows a kid (played by Rory Culkin) around his town in this '90s-style storytelling music video.

Glasser is releasing the followup to 2010's Ring this October via True Panther, and she's just released the video for its single, "Shape." The song itself is a nice reminder that it's been too long since we've heard Glasser's well-crafted art pop, and you can trip out to the accompanying visual while you listen.