"Dueling alien races, the Autobots and the Decepticons, bring their battle to Earth, leaving the future of humankind hanging in the balance." Transformers is out in theaters on July 4, 2007.

A quick look on IMDB reveals that the voice of Optimus Prime will be played by Peter Cullen, who was not only the original voice, but has an impressive cartoon (& live action) resume that includes the voice of Mogwai in Gremlins, Bankjob Beagle in Duck Tales, Sour Puss on Pac Man, Captain Crabnasty on My Little Pony, Airborne on GI Joe, and "Additional Voices" on Snorks. That's some serious cartoon cred. 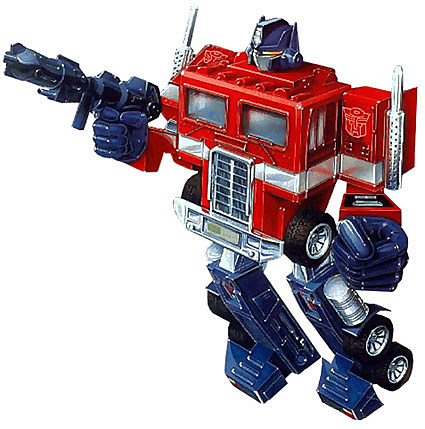