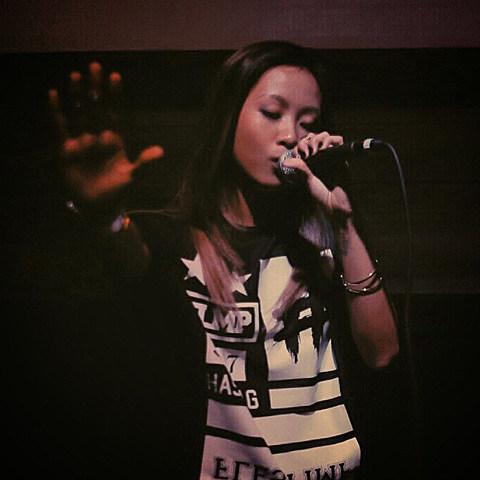 Rap was not popular in Vietnam when Suboi was growing up, so anything she heard remotely like it made a big impression. Before Eminem, the energy of Will Smith's song, "Nod Ya Head," from Men in Black II, captivated her when she saw it on TV. Smith, and especially Eminem, became Suboi's English teachers. She would listen to Eminen, repeat the words, go to an Internet café, look up the lyrics, write them down, and translate them.

"That's why my English is so rude," said Suboi, who also bought a couple of Oxford grammar books to supplement her hip-hop-based language lessons, and started hanging out in areas of Saigon where tourists go, talking with them. "Oh, man, it was all bad words. It was a great way to learn English."...

Suboi, who raps in both English and Vietnamese, got her stage name from her nickname, "Su," combined with "Boi" for being a tomboy.

Now she's known as the Queen of Hip-Hop in Vietnam, the first young woman in the country to make it big in the genre, with over a million followers on Facebook, tens of thousands of YouTube views and appearances in marketing campaigns for Adidas and Samsung, among others. - [Daily Beast]

Vietnamese rapper Suboi is over in the US for her first-ever shows in the country, having played San Francisco last week and is in Austin this week for SXSW. Another first: according to a press release she is the first Vietnamese artist to ever play the festival. Check out two Suboi music videos (both directed by BV photographer Bao Nguyen) and listen to a few tracks and remixes below.

Last night (3/19) was her official SXSW showcase and she'll also be playing the BrooklynVegan free day party at Red 7 on Saturday (3/21) and she'll be backed by Fool's Gold signed DJ Sammy Bananas. RSVP to attend if you're in town.

After SXSW, Suboi will head to NYC where she'll play Baby's All Right on Thursday (3/26) with Sandunes and Hashback Hashish. Tickets are on sale.