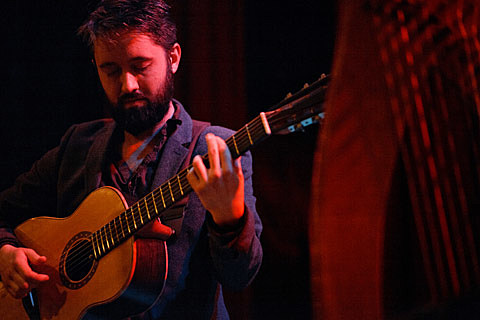 Villagers, who were last on this side of the Atlantic around SXSW, have announced that they'll be joining John Grant on some of his North American tour dates this October, including the CMJ show he's playing at Le Poisson Rouge on 10/17 (tickets). All Villagers dates, including a West Coast run with Paul Weller, are listed below.

In Europe John Grant is signed to Bella Union who host the CMJ show happening two days earlier (10/15) at Le Poisson Rouge. Tickets are still available for that show which so far only features Mercury Rev (stay tuned for their updated lineup).

Meanwhile, Jonathan & Grasshopper from Mercury Rev are DJing this Thursday (8/20) at Backbar at The Bedford in Brooklyn. Maybe they'll preview some of their new album which is out on September 18, though you can also listen to two of the tracks streaming online now. In September you can catch Mercury Rev in Burlington, VT on September 10, Northampton, MA on 9/11 and then Hamden, CT's The Ballroom at The Outer Space on September 12 (tickets).

Around the CMJ show they'll also be playing shows in Cambridge, MA, Philadelphia, and Washington, DC. All Mercury Rev dates, their DJ set flyer and Villagers/John Grant dates, below... 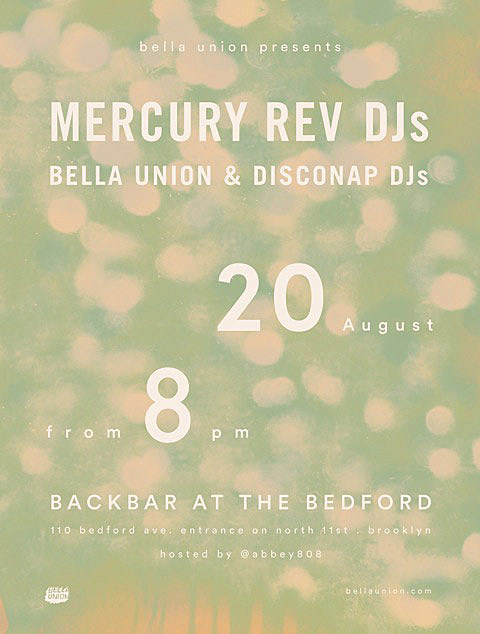