Villains at Europa (more by BBG) 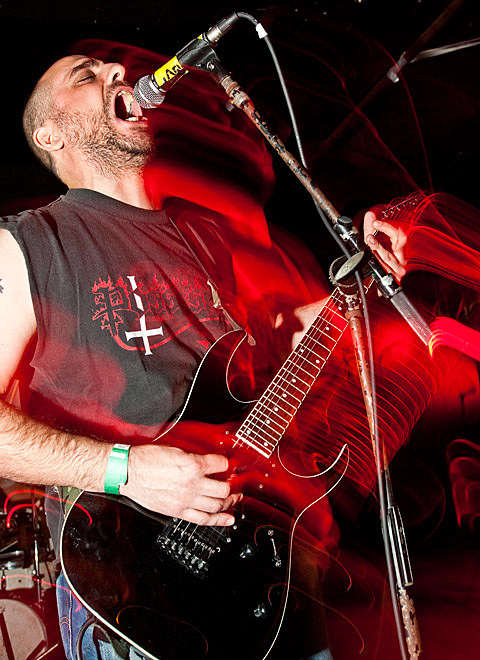 Brooklyn street metal sleaze-oids Villains dropped Road to Ruin on the venerable Nuclear War Now last year, and now the band has unveiled a video for the album closer "Land Hag". Check that out below.

A reminder: Villains will support a mammoth lineup of Midnight (who released one of my favorite LPs of 2011), Parasytic, and Trenchgrinder at Acheron on April 7th. The band will also support Superchrist at Saint Vitus on 4/23, and ticketing info for that show is forthcoming.

All tour dates and that video, below...