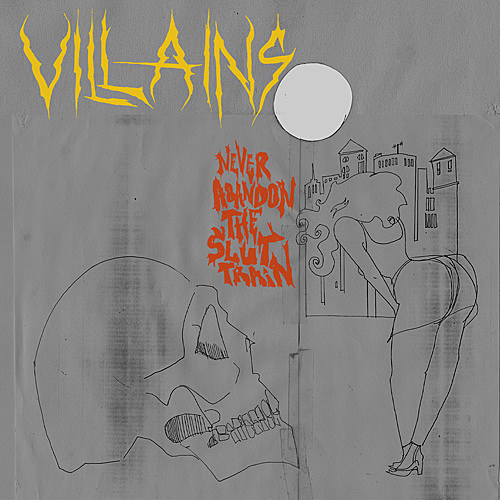 Brooklyn metal club Saint Vitus Bar wasn't originally intended to be a mostly show-oriented establishment; it only became one after its initial round of shows succeeded dramatically. Still, the venue puts on other types of events at times. For instance, it's got two (metal-related) art shows coming up in October.

The first is a daytime Entartete 'Kunts' signing/slideshow exhibit this Saturday (10/5). Entartete 'Kunts' (get it?) began as a series of art shows curated by Dennis Dread, who got his start running the Destroying Angels metal art zine back in the '90s. The most recent show was in Portland last month, but Dread has also compiled much of the series into a snazzy art book. The Vitus event -- which will run on a matinee 2pm-5pm schedule -- will involve projections of the art from the book and an opportunity to get your copy signed by Dread. Several of the contributing artists will be present, including Erik Danielsson of Watain (who are touring later this month and playing Irving Plaza on 10/8, for which we're giving away tickets on IO's radio show tonight) and Pasquale "Lino" Reca of NYC's own Villains, who have a new album out on Nuclear War Now!. That's the album art above. Stream it below.

The second upcoming Vitus art show is the Skulls: A Death's Head Gallery exhibit on 10/24. This event is also a bit unusual; curated by John LaMacchia (of Candiria among others) and Joseph Milazzo (who played with John in A Family Plot), it's both a group art show and a live music event. The band lineup consists of LaMacchia and Milazzo's as-yet-unheard project Tree of Death (who have a rare band Facebook page with zero likes!), Raw Dogs (presumably this one), and Grandfather. The arts lineup features a ton of notable locals, including prolific metal album artists Seldon Hunt and Karlynn Holland (who also curates the Vitus-hosted Dreams Were Made for Mortals group show series), Batillus frontman/Jarboe live band member Fade Kainer (who recently released a spooky video), jack-of-all-trades musician/artist Matt Kepler, and a host of others. You can nab $8 tickets in advance..

Check out the flyer and get in the mood by streaming the new Villains album below. 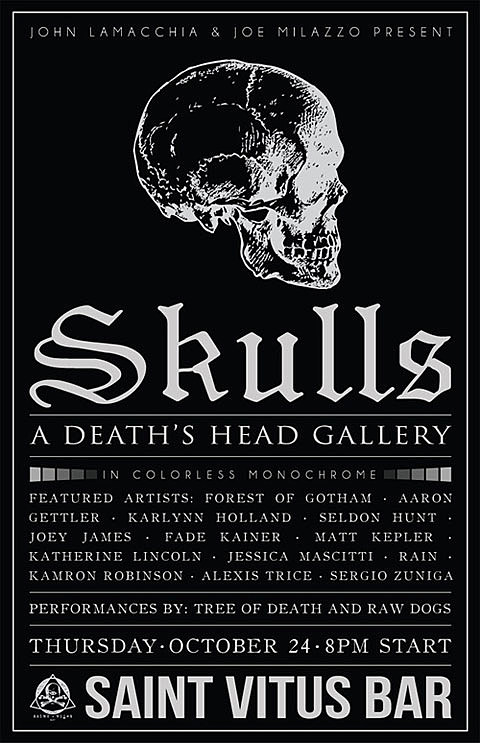