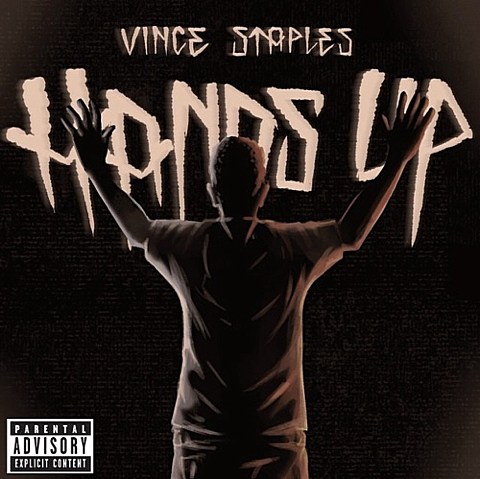 Odd Future/Black Hippy collaborator Vince Staples already has a few impressive mixtapes under his belt, like 2013's Stolen Youth and this year's Shyne Coldchain Vol. 2, and he's planning to put out his first commercial release, the Hell Can Wait EP, on September 23 via Def Jam. So far two of its singles have been released, "Blue Suede" and "Hands Up," both of which are dark self-serious songs. "Hands Up" especially, which isn't named for the hype phrase that you might have guessed it was, but as a response to the recent reports of police brutality across America. Check both out below.

Vince is on board for Odd Future's Camp Flog Gnaw Carnival happening in LA this November, but ahead of that he'll play a NYC show on September 24 at SOB's. Tickets for that one are on sale now. Those are his only two dates we're currently aware of.