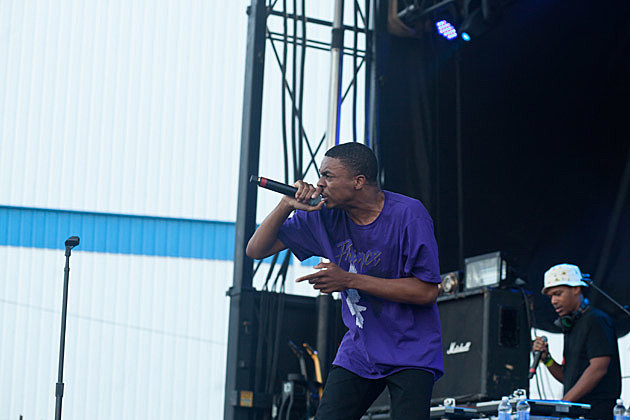 Vince Staples' Hell Can Wait EP was one of the most promising releases from a young rapper we heard last year, so needless to say we've been highly anticipating his debut album. The album, titled Summertime '06, comes out next week (6/30) via Blacksmith, Artium and Def Jam, and it's now streaming in full. Parts of it recall Hell Can Wait, while other parts have him exploring new territory. There's excellent production -- mostly by No I.D., but Clams Casino, DJ Dahi, Christian Rich and Brian Kidd also contribute -- and some cool guest appearances, including Jhene Aiko, Daley, Joey Fatts, A$ton Matthews and some soulful vocals on "Might Be Wrong" from James Fauntleroy.

It's presented as a double album, with intro tracks ("Ramona Park Legend" parts 1 and 2) and outro tracks ("Summertime" and "'06") for each. (Though for reference, it's shorter in length than both Kendrick Lamar and A$AP Rocky's new albums, which aren't double albums.) It's good stuff, and you can listen below via NPR.

In related news, Vince also appears on "Get the Money" off the new Ghostface Killah and Adrian Younge album, Twelve Reasons to Die II. That song is out now too, and can be streamed below.