Ireland-born, NYC-based folk musician Vincent Cross is releasing his new album The Life & Times of James 'The Rooster' Corcoran on August 7 via Rescue Dog Records (pre-order), and as the title implies, it's a concept album based on the notorious 19th century Irish-American immigrant gang leader James "The Rooster" Corcoran, who Cross is a descendant of. There's a clear influence of traditional Irish folk music on these songs, and Cross says that he learned a few new instruments to really get that style of music across. He writes:

There are ten songs in total and musically this album has been very absorbing, as I’ve spent time learning to play new instruments: bouzouki (made specially for the project), chromatic concertina, and dulcimer.

The songs (ballads) themselves paint a picture that is influenced by traditional Irish and American folks song motifs and melodies. You’ll hear fragments of traditional songs throughout from both sides of the pond. The narrative is not completely linear but it does begin in Corcoran’s place of birth, Balbriggan with ‘A Man After My Own Heart’ (adapted from a New York Times article of the same title), and then briefly moves to New Orleans (‘Creole Girl’), and then on to the Five Points in New York City. Corcoran soon moves up to 40th street, and is the first to settle a shanty town on a high ridge of ground known as Goat's Hill (‘King Corcoran’). This soon becomes a home for over 100 Irish families newly immigrated. It’s where the Tudor City is today, and there’s even a Gothic inscription to Corcoran that says, “Here was Corcoran’s Roost till the year 1877.”

We're premiering "A Man After My Own Heart," a compelling song that sounds like it could be centuries-old but feels timeless. Talking about that song specifically, Cross tells us:

Born in Balbriggan, Dublin in 1819, James J. Corcoran came from a long line of fishermen. However, in 1844, he set a course for America. He was 25 years old, His journey is largely undocumented, and only in his 1900 obituary is there any mention of how he found his way to New York City and lived till the ripe old age of 81. 'A Man After Me Own Heart' is an imagined first-person narrative in which James tells of his fishing background and his reasoning for leaving Ireland. The title of the song comes from a New York Times of 1899, which reads, 'James Corcoran in Court: Ruler of Corcoran's Roost Goes Bail for a Man After His Own Heart.' This phrase has been passed down to me through my own family folklore. 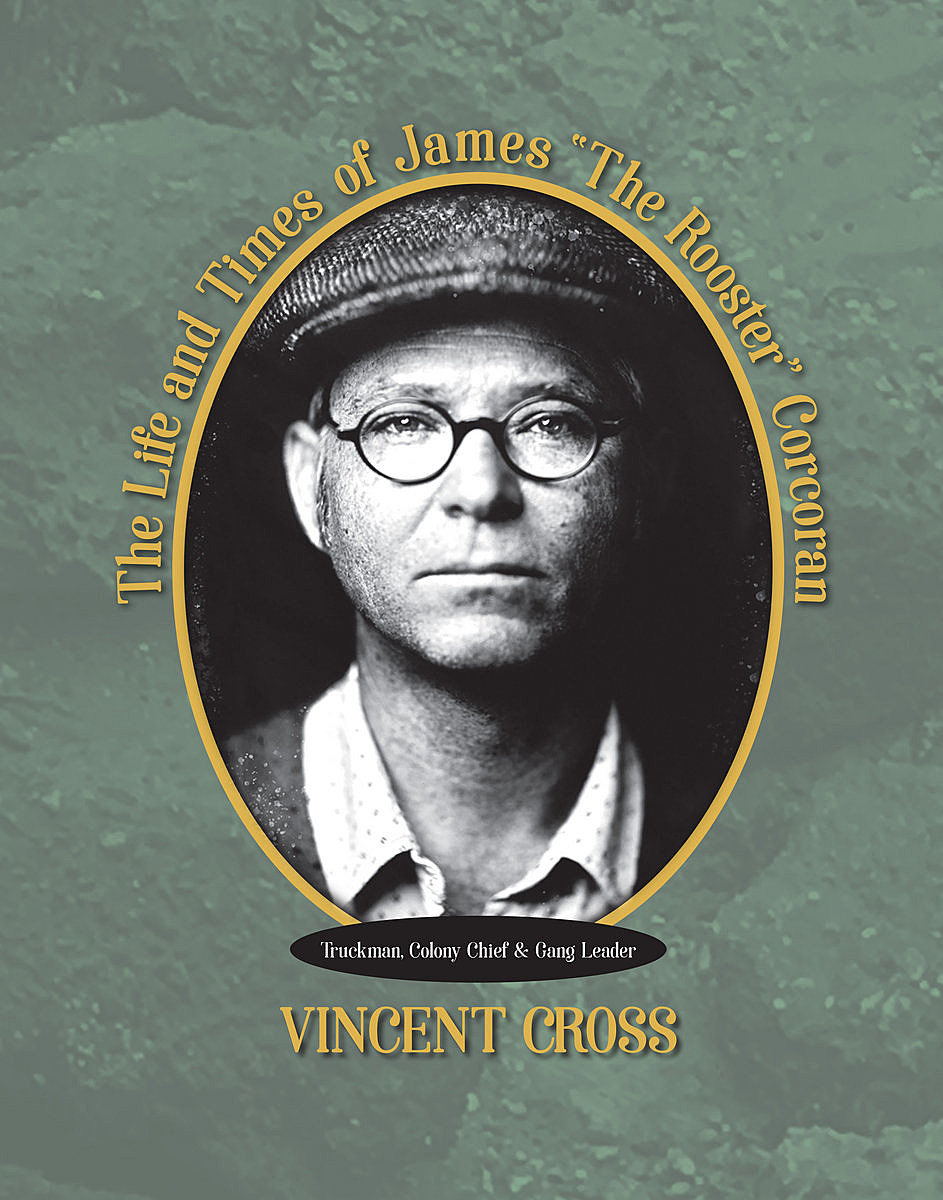