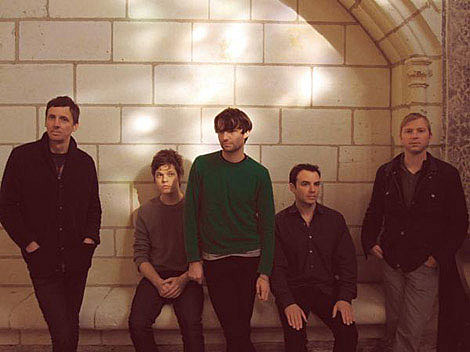 A pretty killer line-up at Mercury Lounge tonight (12/9). Headliners Violens just got back from a big European tour opening for White Lies, and this looks to be their last show of 2009. They've been rather pokey in getting out their debut LP, but it looks set to finally come out early next year. You can get a taste on their downloadable Winter Mix Tape which features a couple album tracks, some remixes, demos, a cover of Saint Etienne's "Avenue" (!) -- plus singer Jorge Elbrecht singing overtop Wire's "Outdoor Miner" and The Byrds' "I See You." (The latter, he sings My Bloody Valentine lyrics). If you've never heard Violens before, this is a pretty good place to start, giving you a sense of the disparate influences the band bring together.

Also playing Merc are Acrylics and Class Actress, both of whom are signed to Grizzly Bear Chris Taylor's Terrible Records. I've written about Acrylics a bunch of times are definitely one of my favorite new local bands. Their debut EP, All of the Fire, was produced by Taylor and came out a couple weeks ago and is at its best when Jason Klauber and Molly Shea sing together. The title track, which you can download at the top of this post, finds them at their Fleetwood Mac-iest, with that dreamy pedal steel and echo handclaps. 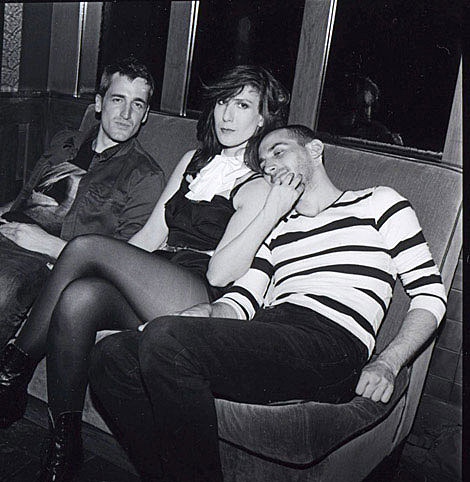 Class Actress, meanwhile, could be lumped in with the coldwave/darkwave scene depending on what song you hear first -- the synths on "Careful What You Say" are pretty icy -- but there's a strong heartbeat running through Elizabeth Harper's songs, and the EP (produced in part by Violens' Elbrecht) is pretty varied and quite lovely. I haven't seen her perform live yet, so I'm looking forward to tonight. 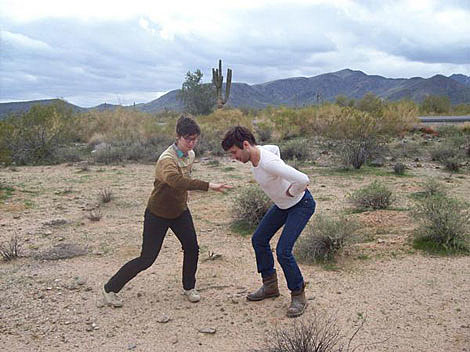 As mentioned previously, Yellow Fever are in town this weekend, ostensibly to play a record release party Saturday (12/12) night at Death By Audio for their debut LP on Vivian Girls Wild World records. Vivian Girls headline. Happy Birthday open. Yellow Fever's album is basically a compilation of everything they've released to date -- a couple CDR EPs and singles. They definitely work the "less is more" angle, with spare arrangements that play off Jennifer Moore's haunting vocals (not entirely unlike Cowboy Junkies' Margot Timmins). They're something special.

If you ask me, at this point in their popularity, Vivian Girls + Death By Audio = too much nutty behavior for me, so I'll probably catch Yellow Fever at Bruar Falls on Friday (12/11) where they play with Tyvek, Air Waves (a nice NYC match to Yellow Fever, download their song "Lightning" above) and Noveller (the musician, not the macroblogging service). Yellow Fever also play Silent Barn on Sunday (12/13). 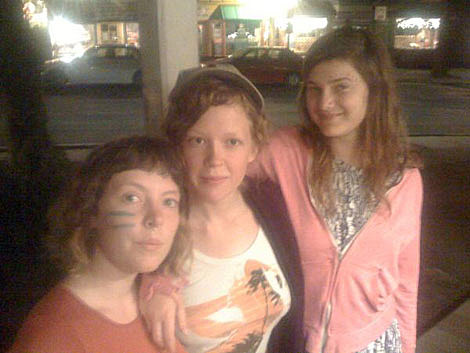 For those looking for a quieter option on Friday (12/11), Brooklyn blog Chocolate Bobka has put together a unique show at the Lutheran Church of the Messiah in Greenpoint featuring the spooky folk of Vermont's Mountain Man, Real Estate bassist Alex Bleeker, and 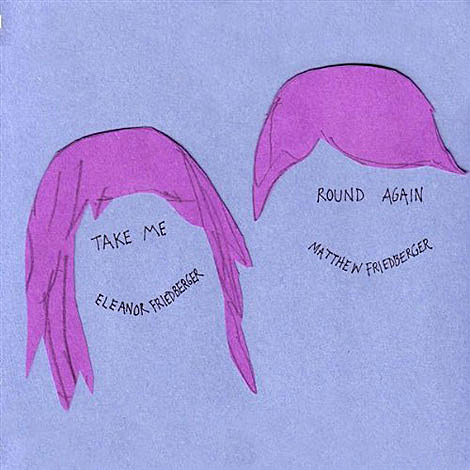 Fiery Furnaces are playing this Friday (12/11) at Music Hall of Williamsburg and Saturday at Bowery Ballroom (Shilpa Ray opens both nights). While I don't like everything the Friedbergers do, it's always good to check back in with them as, chances are, it will sound completely different from the last thing. They've just released Take Me Round Again (out 12/15 on Thrill Jockey), which they're calling a covers record -- Matthew doing some of Eleanor's songs, and vise versa. The reworked versions of songs were also influenced by their "deaf descriptions" project on their website, where fans wrote reviews of FF's other 2009 release, I'm Going Away, before they actually heard the record. The AV Club NY has a nice interview with Matthew this week, where he talks about '70s television theme songs and what's next for Fiery Furnaces:

AVC: How do you see your music evolving from here?

MF: It's good to write music all the time, if that's what you want to do. When you're in a band, when you have something going, the hardest thing you have to do is to put everything into what's ongoing.. Especially these days you never know what you're supposed to do--if you should be more hectic, give away songs, or do a project with the voice from the Muppets. You have to have a record on Twitter. The band lends itself to do that sort of thing,

MF: Yeah, we do a lot of gimmicky things, but it comes from us. We don't think that's so strange for us. But we've had people tell us, "Give a song away so you get people's e-mail addresses and you can send them an e-mail saying, 'Buy our box set for $90.'" All these [music] professionals, they don't know what they're doing. What can you do? You just have to do what you have energy to finish. Luckily you probably won't follow through on things you're not really into.

AVC: Does that mean we're not going to see you giving away an album on Twitter any time soon?

MF: Well, we are on Twitter, but someone did tell us, "If you're not on Twitter, you don't exist." That's the way the world is now. You could just be interested in writing in 140 characters, but it's also your obligation to be friendly too. We still have to figure out which way to go with that, so our Twitter posts aren't very interesting.

That's it for today. I'll talk about That Petrol Emotion, A Sunny Day in Glasgow and more in the second half of this column, coming tomorrow to this very blog! Meanwhile, click through for flyers, videos and tour dates... 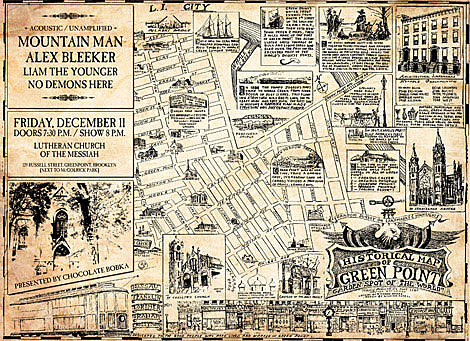 The Loneliness of the Long Distance Runner: Mountain Man [Part 2 of 14] from Ray Concepcioñ on Vimeo.