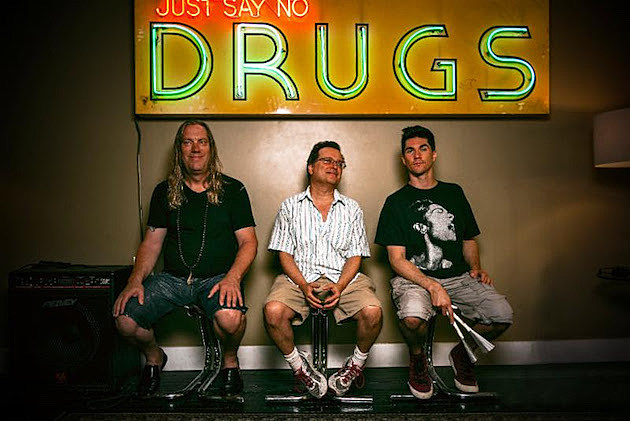 Violent Femmes, who turn 35 this year, have just shared the first single from the band's new album We Can Do Anything, the band's first in 15 years. "Memory" is a song of love, loss and aging and is instantly recognizable as a Femmes' song, from the acoustic guitar and bass, to the brushed drums and Gordon Gano's plaintive wail. Stream it via NPR below.

We Can Do Anything is out March 4 via PIAS. The band have no North American tour dates announced at the moment but they will be in New Zealand and Australia in March. Those dates are listed below.