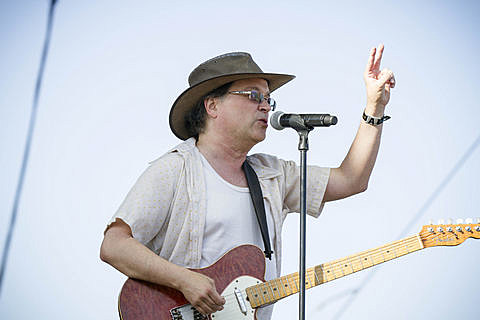 It was pretty exciting to learn that acoustic punk vets Violent Femmes had reunited for Coachella this year, and now they're on the lineup for a few other festivals too, including Chicago's totally stacked Riot Fest, which goes down from September 13-15.

Right before that though, the Violent Femmes will come to NYC for a headlining show at Central Park's Rumsey Playfield on September 12. Tickets for that show go on sale June 28 at 10 AM, but there's a number of presales starting today (6/20) at 10 AM, including a BrooklynVegan presale. The password for our presale is "BKVEGAN." It runs through June 27 at 10 PM.

All Violent Femmes dates are listed, along with some videos, below...

Violent Femmes - "Blister in the Sun"