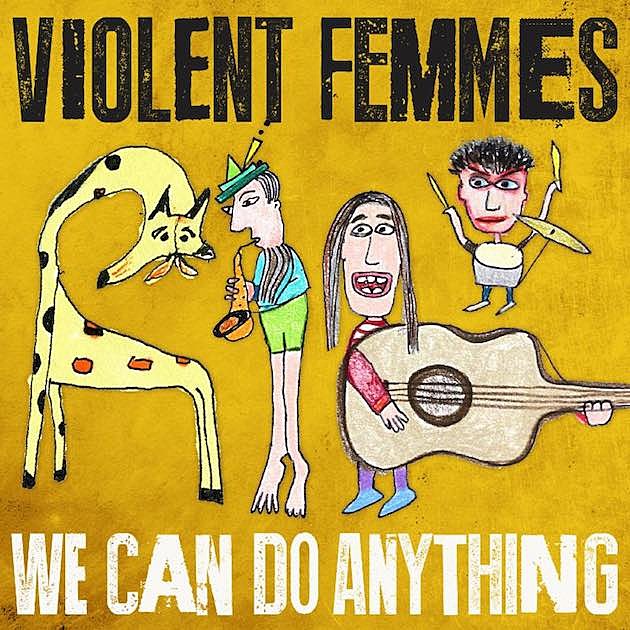 When Violent Femmes released the Happy New Year EP in April, it was the first new release from the band in 15 years. The ball is rolling now, as they'll release new album, We Can Do Anything, on March 4 via PIAS. The band, including original members Gordon Gano and Brian Ritchie, made the record in studios in Brooklyn, Nashville, Los Angeles, Milwaukee and Denver, while on tour with Barenaked Ladies this year. Barenaked Ladies' Kevin Hearn did the cover art and played on the album as well. That's the artwork above and the album's tracklist is below.

Violent Femmes are also promising an "epic" world tour in 2016. So far only Australian dates have been announced but all are listed below.

VIOLENT FEMMES - WE CAN DO ANYTHING tracklist
1. Memory
2. I Could Be Anything
3. Issues
4. Holy Ghost
5. What You Really Mean
6. Foothills
7. Traveling Solves Everything
8. Big Car
9. Untrue Love
10. I'm Not Done