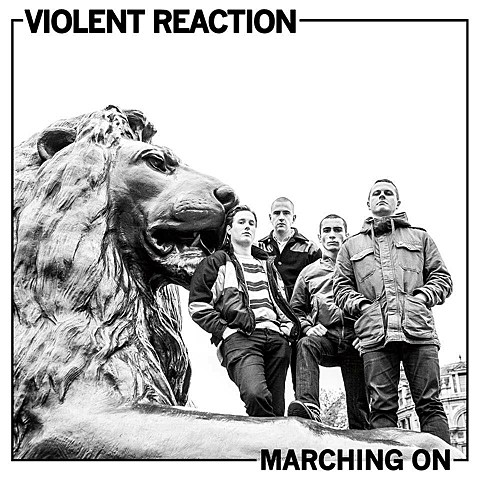 The UK's Violent Reaction recall old school straight edge hardcore and Oi!, and they're set to deliver another dose of that on their sophomore LP, Marching On. It's due March 31 via the legendary Revelation Records, which has been responsible for a handful of the band's straight edge influences. (For example, a recent press photo has singer Tom P wearing the shirt of Rev co-founder Ray Cappo's band Youth of Today.) Listen to the just-released "No Pride" (via Lambgoat) and three other rippers from the LP, below.

Violent Reaction were on our side of the pond with The Flex last year, and they'll return for another tour here this spring. The tour is leading up to DC's Damaged City Fest, and it hits NYC along the way at Acheron on April 3 with La Misma, Arms Race, Standoff and NYC Headhunters. Tickets for that show are on sale now.

All dates are listed, with the four song streams, below...

three more tracks from Marching On