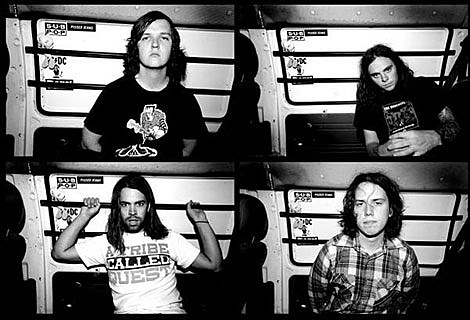 Ecstatic Peace-signed Australian band Violent Soho, who you may have just caught with Built To Spill, are opening for The Dead Weather at Music Hall of Williamsburg on Tuesday, November 17th. Tickets (whatever is left after the fanclub presale) are on sale at noon.

Violent Soho also open for Band of Skulls at the same venue two days earlier. Actually they have four upcoming NYC shows total. They are listed below...