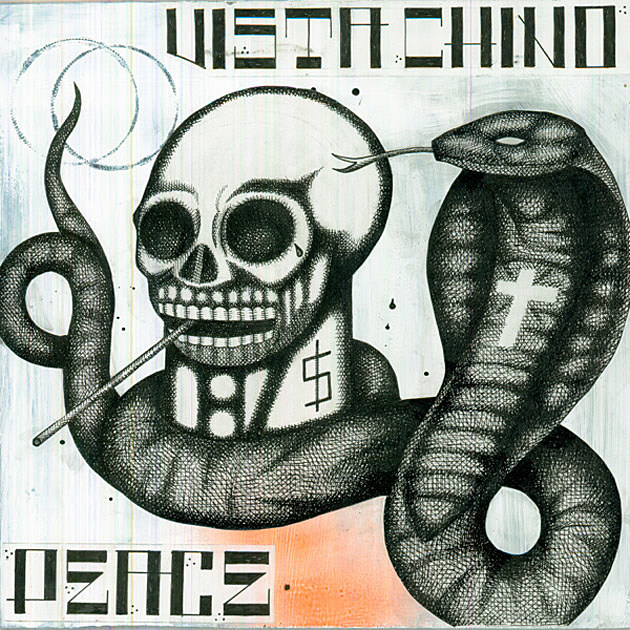 As discussed at InvisibleOranges, Vista Chino is John Garcia and Brant Bjork (both of Kyuss), who formed the band after the dissolution of Kyuss Lives. Mike Dean of Corrosion of Conformity sits in on four string for the tour, making the band a bit of a supergroup. The "new" band is readying their new LP, Peace?, for release on September 3 via Napalm Records. Stream the new track "Dragona Dragona" below.

Alongside the announcement of the new LP comes dates, and lots of 'em. The band will embark on a North America tour in celebration of Peace? that will include a stop in NYC at Bowery Ballroom on September 26 with Black Pussy. Tickets go on sale Friday (7/12) at noon with an AmEx presale beginning Wednesday (7/10) at noon.

All tour dates and the new song stream is below.