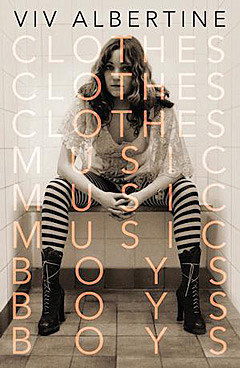 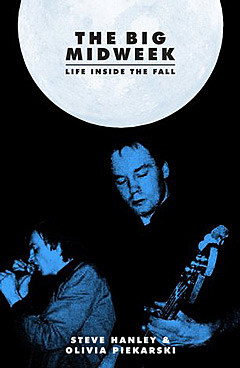 I do not read as many books as I'd like (or should) but I did manage to finish a couple of post-punk related memoirs over the holidays, both of which I highly recommend. The first was Viv Albertine's Clothes, Clothes, Clothes. Music, Music, Music. Boys, Boys. Albertine was guitarist in The Slits, who also dated Mick Jones pre-Clash (and during), and later became a filmmaker (and a solo artist). While her being in The Slits is what got me to read the book, there's definitely much more to it than music, including her heartbreaking attempts to have a child (which she finally did, her daughter is now 15). It's also funny, very frank and you don't even have to know who The Slits were at all to find it compelling. Highly recommended.

The other book I read was The Big Midweek, Steve Hanley's recounting of his 20 years as bassist in The Fall. While the Fall's frontman Mark E Smith is known his revolving door policy on bandmembers, Hanley was the rock during the band's most prime years. (His brother, Paul, was on drums, for many of them). Hanley's a level-headed and very funny man, and the book goes from his pre-Fall teenage years, through joining the band, countless tours, countless Mark E Smith girlfriends/wives, multiple bust-ups, trips to Iceland and America, dozens of other band members, and the infamous onstage fight at NYC club Brownies in 1998 that ended his two decades in the band. You also get some insight on The Fall's songwriting process (and MES's often inscrutable lyrics). Maybe not for the casual Fall fan, but The Big Midweek is very well written with more than a few laugh-out-loud moments and is miles better than your average rock memoir (Bernard Sumner, I'm looking at you).

In related news, the writing of The Big Midweek reconnected Hanley with Brix Smith-Start, who was guitarist (and MES' wife) during The Fall's most high-profile (and I say best) years in the mid-'80s -- the ones which gave us such classic albums as The Wonderful and Frightening World of The Fall and This Nation's Saving Grace. She and the Hanley brothers are playing together now as Brix & The Extricated, doing songs from their years together in The Fall. Their first-ever show was for The Big Midweek's release party last month in Manchester. The set included "Big New Prinz," "2x4," "Cruiser's Creek," "Lay of the Land" and "L.A." which there's video of (and "2x4") below. Brix & the Extricated are playing UK shows this year, and those dates are listed below...