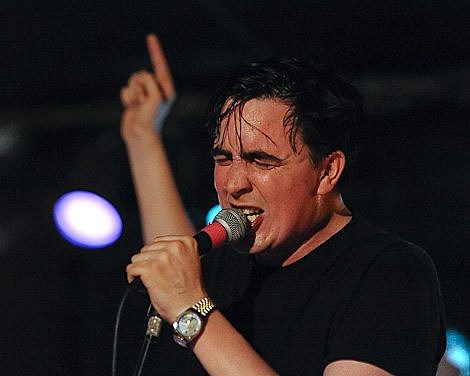 Tonight (6/4) is seriously overloaded with show choices. If you have tickets to Art Brut (who were great on Monday and I heard Wednesday night's show was the best yet) and are looking to do something beforehand, you might consider checking out Jack Peñate at Pianos. He was pretty good at Bruar Falls last night, playing a set entirely made up of songs from his new, world-influenced, Everything is New, which I like way more than his debut. A bit of a nutty dancer, but his enthusiasm (and talent) is there. There's video from the show at the bottom of this post. 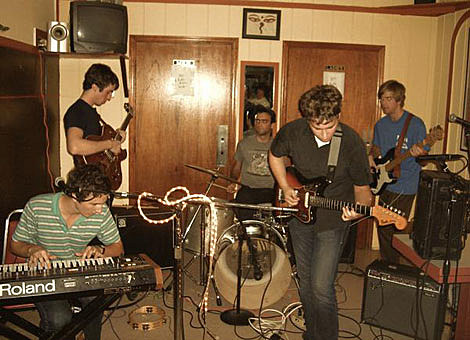 And going on before Mr. Peñate are Florida's Holiday Shores, who have been getting a bunch of coverage all of a sudden. Their set tonight is an early one because from Pianos they're rushing up to the SPIN Magazine offices to play a private party there. Their debut LP, Columbus'd The Whim, is out this summer on twosyllable Records. The songs on their MySpace page, all reverb and fuzz and bouncy melodies, sound interesting enough to merit checking them out. (And there's an MP3 at the top of this post that might help make up your mind.) If you miss them tonight, they're also at new Brooklyn venue Shea Stadium on Friday (6/5).

You could potentially have a very busy night ahead of you on the L.E.S.

Other Thursday options: Doves are playing Terminal 5, a venue I still haven't been to. Their new album doesn't really grab me the way their previous records did, but they are a dynamic live band whose widescreen sound goes well with bigger venues like T5. 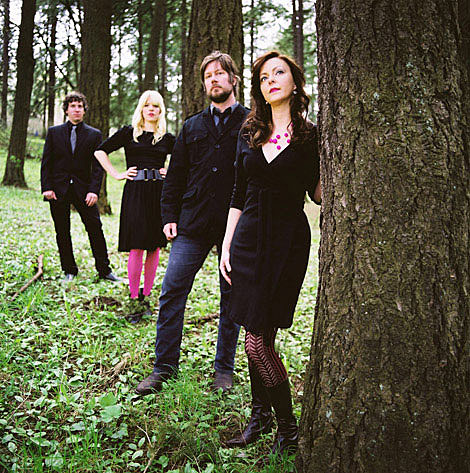 But if I could go to any show tonight (which I can't, unfortunately) I think I'd probably see Portland's Viva Voce at Music Hall of Williamsburg. The until-now husband and wife duo, who made a lot shoegazy pop on their own, recently ballooned to a four-piece for their fifth album, Rose City, which is almost as good as 2006's stellar Get Yr Blood Sucked Out. On record this expanded Viva Voce don't sound that different, but it will be interesting to see how it affects their live show, which was already pretty awesome. Check out the MP3 for current single "Octavio" at the top of the post. The whole bill tonight at MHoW is worthwhile, with Australia's Cut Off Your Hands (Frenchkiss) and James Yuill, who is more entertaining live than you think he's going to be when he walks out on stage. 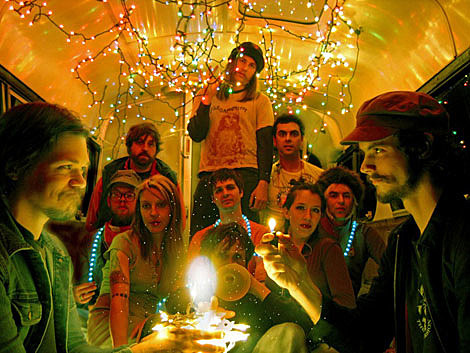 A couple other bands of note are in town this weekend. Athens, Georgia's glitter and confetti-loving collective Dark Meat are playing Cake Shop on Friday (6/5) and Bruar Falls on Saturday (6/6). You may have been on a boat with them and Vivian Girls last fall. If you've never attended a Dark Meat show before, it's a bit like walking into a hippie version of Mardi Gras where Frank Zappa is the Grand Marshall. With so many band members, so much going on, so much shiny detritus in the air, it can either be intoxicating or asphyxiating. But it's never boring. Like all hallucinogenics, if you go into Dark Meat with the right mind, you'll have a good time. Both Cake Shop and Bruar Falls will be 1/3 full just from the band alone so expect hi-jinks and wear clothes you don't mind getting paint on.

And speaking of large masses from the south, also in town this weekend are Nashville's The Young Republic, who are not to be confused with Awesome New Republic, The Most Serene Republic, Savage Republic, Republica, or actual Young Republicans. The six-piece have country, blues and celtic elements into their anthemic sound, which also delves into Tom Waits cabaret territory at times. Unsigned in America, The Young Republic are much popular in the UK where they're on End of the Road Records who also have The Low Anthem and Port O'Brien on their roster. The Young Republic, whose new album Balletesque is due out later this year, play Spike Hill on Friday (6/5) and Pianos on Saturday. Check out two MP3s at the top of this post. 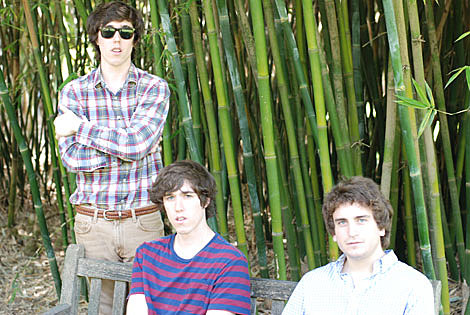 Also on that Pianos bill are L.A. trio Princeton who I caught last year at Cake Shop (during CMJ I think) and who make quite charming baroque pop. The band are actually in town to perform on Friday at Lincoln Center's Pope Auditorium. Why? This press release can explain better than I could:

Princeton, the Los Angeles-based trio, join forces with San Francisco's Stephen Pelton Dance Theater in it was this: it was this: an evening of songs and dances inspired by the life and work of Virginia Woolf and the Bloomsbury group.

Princeton will perform all of the songs from their recent EP Bloomsbury, each lyrically focused upon a member of the Bloomsbury Group. Portraits of Leonard Woolf, Lytton Strachey, Virginia Woolf and John Maynard Keynes are each presented in a different musical framework with lush orchestral arrangements. The band is comprised of twin brothers Jesse and Matt Kivel and Ben Usen. The band will be joined by 8 additional musicians in recreating their frolicsome, exuberant take on the cast of Bloomsbury characters.

Stephen Pelton Dance Theater, known for known its intimate theatricality and emotional intensity, may be familiar to audiences from previous Woolf conferences. This year the company will perform several new works including the premiere of it was this: it was this: a choreographic study of Woolf's punctuation. Using a single paragraph from To the Lighthouse, the company dances their way from the first word to the last, pausing briefly for every comma, parentheses and semicolon in-between. The company also performs a revised version of The Death of the Moth, first seen at the Plymouth State Conference in 1997.

If that sounds a little high falutin', don't be afraid of the Woolf references, Princeton's pop is pretty easy to swallow, though an appreciation of The Left Banke and Village Green-era Kinks is probably advised. There's an MP3 at the top of this post. And there will be no dancers on stage at the Pianos gig, as far as I know.

That's it for this week. Videos and tour tour dates after the jump....