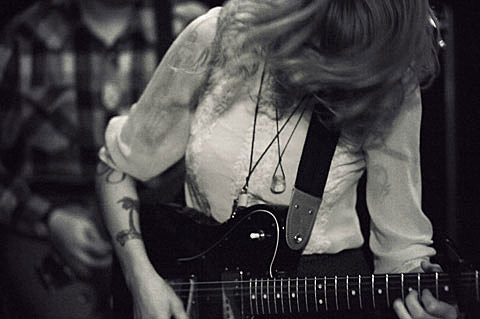 285 Kent, the most difficult venue to keep track of in terms of who is playing, is hosting a show TONIGHT (Thursday, 2/9):

For the Babies, that will be at least their 2nd show this week, as they opened for Widowspeak and the Dum Dum Girls at Cake Shop on Monday. For Babies member Cassie Ramone, it will be at least the 2nd of three shows because Vivian Girls are also playing a free NYC event on Friday. Details below... 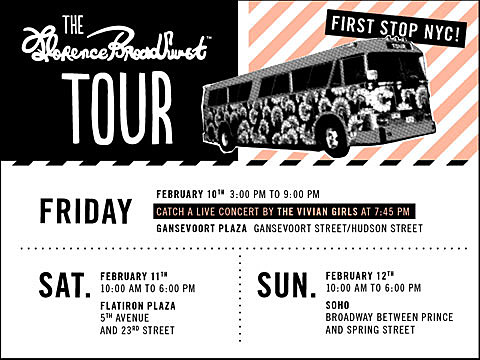 inspired by the spirit of our favorite musical icons (think blondie and the supremes) we've put a rock and roll twist on our spring 2012 campaign. to celebrate, we're setting off on a cross-country road trip this season in our very own tour bus-a pop-up shop!-outfitted in our favorite new print of the season, florence broadurst's japanese floral. we'll be making stops in the following cities, kicking things off in new york city. swing by for tour gear, prizes and other limited-edition exclusives, and to catch live concerts by the vivian girls at each stop. see when we'll be in your city, and check back regularly for time and location updates.

sunday, february 12th
10:00 am to 6:00 pm
soho
broadway between prince and spring street